Eng vs NZ: Ahead of the first Test at Lord's, New Zealand pacer Kyle Jamieson said that every member of his side was just trying to soak up the ground and its history. 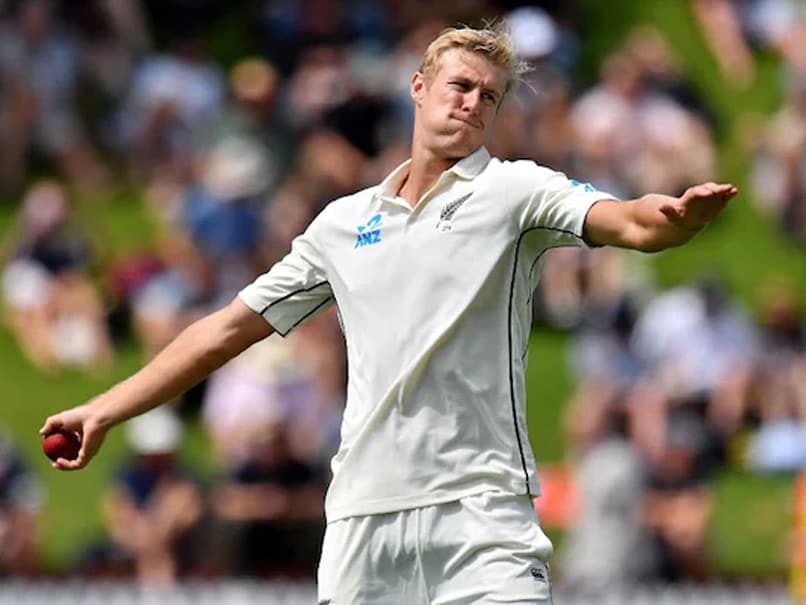 Kyle Jamieson is part of the New Zealand squad to face India in the WTC Final.© AFP

New Zealand pacer Kyle Jamieson has said the Lord's Cricket Ground can be overwhelming for cricketers and currently every member of his side is just trying to soak up the ground and its history. New Zealand and India will face each other in the finals of the WTC, beginning June 18 at the Ageas Bowl in Southampton. Before that, New Zealand will also play two-match Test series against England, beginning June 2 at Lord's. "First time today so that was a pretty cool experience to try and soak in everything about the ground and the history that comes with it," stuff.co.nz quoted Jamieson as saying.

"Just walking through the Long Room and going to the nets and standing out in the middle and even just getting used to the slope," Jamieson added.

"There were a few photos taken, even Ross Taylor. It shows even if it's not your first time it's still a pretty special place to be. Guys were just trying to soak up the ground and its history, it's all around you, even on the walls," he said.

Further talking about playing at Lord's, Jamieson said, "We're mindful of not trying to fit too much in and push the envelope too much."

"It's not like we haven't really done anything for two or three months. It's about managing the next couple of days," said Jamieson.

After the UK tour, New Zealand wicketkeeper-batsman BJ Watling would be retiring from all forms of cricket.

After the bilateral series against England concludes, the BlackCaps will transition from the ECB's bio-secure environment into the World Test Championship Final bubble on June 15 and will be subject to regular testing prior to and post-arrival in Southampton.

England Cricket Team Kyle Jamieson Cricket
Get the latest updates on ICC T20 Worldcup 2022 and CWG 2022 check out the Schedule, Live Score and Medals Tally. Like us on Facebook or follow us on Twitter for more sports updates. You can also download the NDTV Cricket app for Android or iOS.