With all sports under lockdown due to the coronavirus pandemic, athletes are finding ways to stay in shape and in touch. 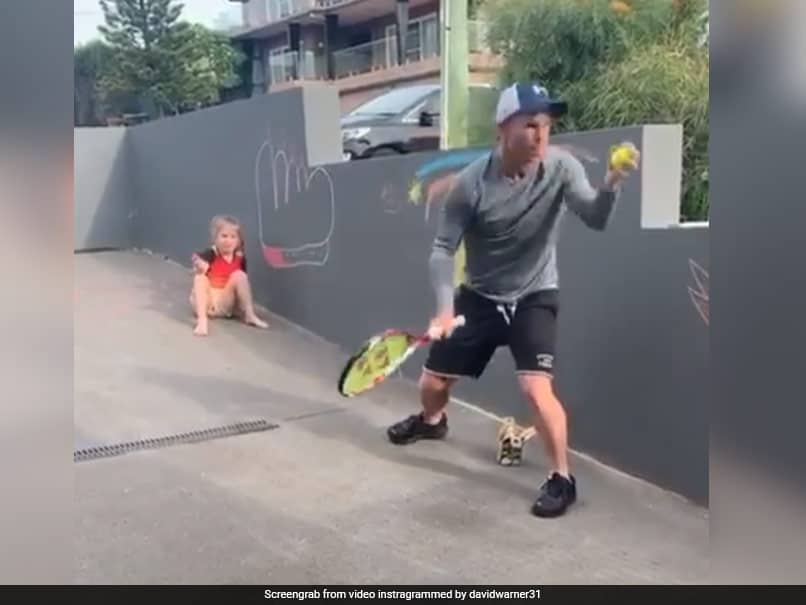 David Warner, the Australian opening batsman, is spending time at home amidst the coronavirus threat. However, Warner is making sure that he is still in touch with the game by finding new ways to practice at home. In a recent video shared by David Warner on Instagram, the Aussie can be seen using a tennis racket to sharpen his catching skills in his backyard at home. Warner in the caption of his post wrote," Just trying to keep up the skills with some one hand catching. Remember soft hands".

Just trying to keep up the skills with some one hand catching. Remember soft hands #Bullsdaycare

The left-handed Aussie batsman has been in good form in ODI cricket in 2020. David Warner has featured in seven matches this year and has scored 277 runs with an average of 46.17 and a strike rate of 99.64. He also scored a brilliant hundred against India in the first ODI of the three-match One Day series between the two countries. The match was played at the Wankhede Stadium in Mumbai where Warner and Finch smashed big hundreds to register a 10-wicket victory against Virat Kohli's India.

David Warner has also been renamed as the captain of his Indian Premier League (IPL) franchise Sunrisers Hyderabad for the upcoming season. Last year, David Warner featured in 12 games and smashed 692 runs averaging a staggering 69.20 with a strike rate of 143.86. Sunrisers Hyderabad will be hoping that their captain can perform well once again and help them win the title in the thirteenth edition of the IPL.