Ross Taylor and Kane Williamson continued their remarkable run of form as New Zealand racked up 303 for four, only for Craig Ervine's dashing innings to carry Zimbabwe to victory with six balls to spare. 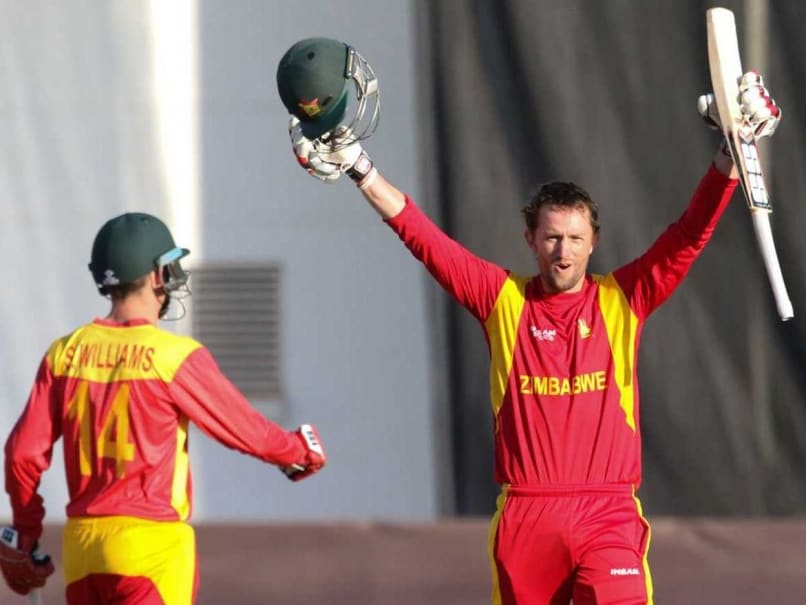 Taylor and Williamson continued their remarkable run of form as New Zealand racked up 303 for four, only for Ervine's dashing innings to carry Zimbabwe to victory with six balls to spare.

The 29-year-old left-hander's previous best in ODIs was 85, but promoted to the number three position by coach Dav Whatmore, he finished unbeaten on 130 from just 108 deliveries as the hosts chased more than 300 for just the second time in an ODI.

"It has been a hard road for us, and it shows we are capable of winning games," Zimbabwe captain Elton Chigumbura said.

Williamson, who is captaining New Zealand on the tour in the absence of the rested Brendon McCullum, believed their total would have seen them to victory.

"I thought 303 was enough. It wasn't easy up front and I thought it was a good effort," he said.

"They outplayed us in all areas though, so full credit to them."

A Zimbabwean victory appeared highly unlikely after Taylor and Williamson added 137 for the third wicket to register their fourth straight century stand in ODIs.

Zimbabwe started well enough after winning the toss and electing to bowl, removing openers Martin Guptill and Tom Latham in the opening 10 overs, but their inability to make further inroads left them exposed.

Williamson and Taylor had no trouble in recording their 10th century stand in ODIs -- a new record for a New Zealand pair.

Taylor finished unbeaten on 112, his third ODI hundred in five matches and his 15th overall, and although Williamson missed out on an eighth ODI century, his controlled 97 was his fifth straight score above fifty in the format.

Williamson has now scored 1,134 ODI runs since the start of the year -- the most by a New Zealand batsman in a calendar year -- and sits top of the ODI run-scoring charts for 2015.

Taylor is second on the list for 2015 with 1,041 runs, having helped himself to 59 runs in the final 10 overs as New Zealand moved from 188 for three to their final score to set Zimbabwe a tall target.

However Hamilton Masakadza and Chamu Chibhabha put on 74 for the first wicket in reply, and after Chibhabha fell to Nathan McCullum for 42, Masakadza added a further 120 with Ervine.

With Tim Southee rested and Trent Boult missing the tour through injury, New Zealand's attack lacked teeth on a surface that flattened out as the day wore on, and Zimbabwe's batsmen were able to keep the required rate within reach.

Masakadza was eventually caught behind for 84 off the bowling of McCullum, who also dismissed Elton Chigumbura for 26, but Ervine held his nerve to see Zimbabwe home with time to spare.

Comments
Topics mentioned in this article
Zimbabwe Cricket Team New Zealand Cricket Team Sean Ervine Ross Taylor Kane Williamson Hamilton Masakadza Cricket
Get the latest updates on India vs Australia Series, check out the India vs Australia Schedule for 2020-21 and Ind vs Aus live score . Like us on Facebook or follow us on Twitter for more sports updates. You can also download the NDTV Cricket app for Android or iOS.