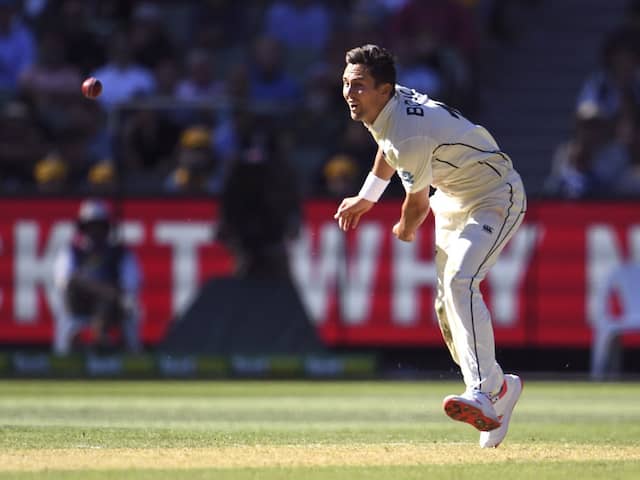 New Zealand pace spearhead Trent Boult fractured his non-bowling hand Saturday and will miss the third Test against Australia in a big blow for the Black Caps. The veteran, who has only just returned from injury, was struck on the glove by a Mitchell Starc bouncer late in New Zealand's first innings 148 on day three of the second Test in Melbourne. He needed medical attention but bowled in Australia's second innings.

"Trent Boult will return home to New Zealand following the second Test after suffering a fracture to the second-metacarpal of his right hand," a team spokesman said. "He will require around four weeks of rehabilitation."

A replacement is yet to be announced.

It was a bitter pill for Boult who missed New Zealand's last two Tests, against England and Australia, with a rib injury.

"Obviously gutting news for Trent and for our group to have someone like that ruled out with his injury. Disappointing," said New Zealand opener Tom Latham

Trent Boult Cricket
Get the latest Cricket news, check out the India cricket schedule, Cricket live score . Like us on Facebook or follow us on Twitter for more sports updates. You can also download the NDTV Cricket app for Android or iOS.