Viswanathan Anand gets to play World Championship match in Chennai

The match between the Indian and his Norwegian opponent will be played from November 6 to 26. "The agreement was signed today at Baku by Bharat Singh, Hony Secretary All India Chess Federation and FIDE President Kirsan Ilyumzhinov," a press released stated. 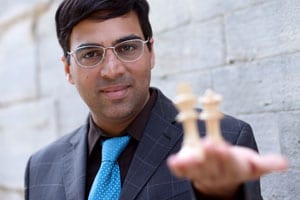 Viswanathan Anand will defend his World Chess Championship title against world number one Magnus Carlsen in his home city as FIDE on Sunday chose Chennai as the venue for the prestigious match.

Even as it has been reported that Carlsen was not keen to play in Chennai and instead preferred Paris as the venue, the FIDE Presidential Board confirmed Chennai as the venue during a meeting at Baku, Azerbaijan today.

The match between the Indian and his Norwegian opponent will be played from November 6 to 26.

Anand had defeated Boris Gelfand of Israel to retain his title in 2012.