Harikrishna defeated world number one Carlsen in round three of Blitz 1 in 63 moves with white pieces. 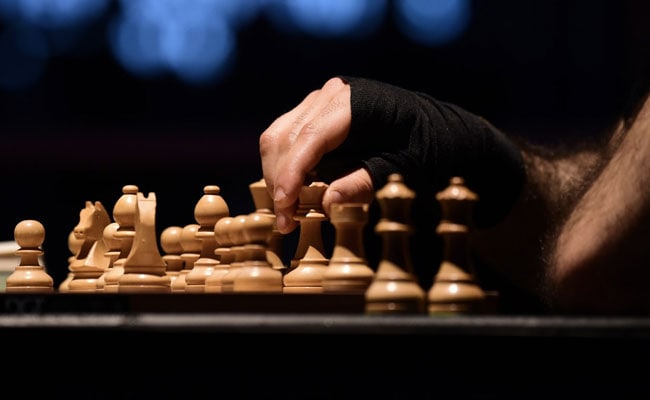 Indian Grandmaster P Harikrishna pulled off a stunning win over world champion Magnus Carlsen of Norway but suffered four losses later in the day to slip to overall sixth place in the St Louis Rapid and Blitz online chess tournament. Harikrishna defeated world number one Carlsen in round three of Blitz 1 in 63 moves with white pieces. He also beat lower-rated American Jeffrey Xiong but save for the two wins, he had a forgettable day as he suffered four defeats, apart from three draws.

His losses were against Americans Leinier Dominiguez and Wesley, Alexander Grischuk of Russia and Iranian prodigy Alireza Firouzja.

Harikrishna shares the sixth place with Armenian GM Levon Aronian with 3.5 points after the nine rounds of Blitz 1.

Carlsen, who had dropped to second place behind So at the end of the Rapid event, leapt to the top spot in the standings with 18.5 points.

He scored 6.5 points in the Blitz 1 despite defeats at the hands of Harikrishna and Ian Nepomniachtchi of Russia.

The tournament concludes with the Blitz-2 later on Saturday.

The ten players are competing for a USD 250,000 prize fund in nine rapid games and eighteen blitz games over five days of play.

Comments
Topics mentioned in this article
Chess Magnus Carlsen
Get the latest updates on ICC T20 Worldcup 2022 and CWG 2022 check out the Schedule, Live Score and Medals Tally. Like us on Facebook or follow us on Twitter for more sports updates. You can also download the NDTV Cricket app for Android or iOS.