Grandmaster SP Sethuraman lived up to his reputation of a fighter and in the end forced parity after a marathon lasting 75 moves. 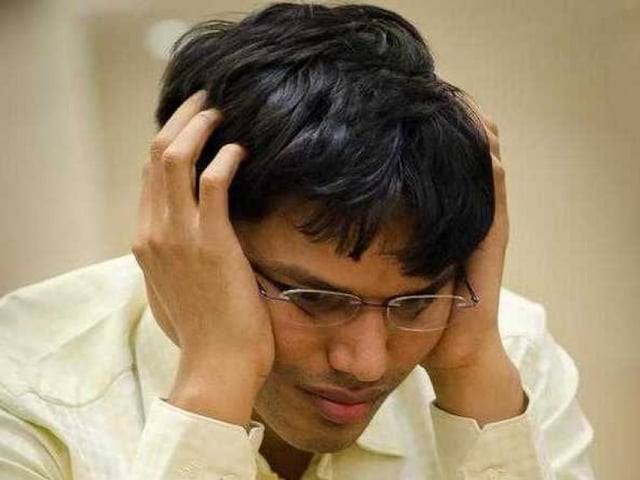 Grandmaster SP Sethuraman had to defend with the skin of his teeth but the effort was rewarding as he held higher ranked compatriot P Harikrishna to a draw in the first game of the second round of World Cup of Chess now underway here. (Click here for latest Chess stories)

It was a difficult outing for Sethuraman who defeated Sanan Sjugirov of Russia in the first round, but the Chennai-based lived up to his reputation of a fighter and in the end forced parity after a marathon lasting 75 moves.

Meanwhile Alexander Onischuk of United States caused the biggest upset of the second round defeating Sergey Karjakin of Russia. Onischuk, a former import from Russia to United States, put it across the Russian in a long grind in the endgame, forcing a premature resignation.

Viktor Laznicka of Czech Republic also caused a big upset defeating Michael Adams of England. It was a game of fluctuating fortunes.

Sethuraman had a tall task to do defending with black pieces and he succeeded quite well despite being under pressure.

For the record, it was an Italian opening by Harikrishna that caught the Chennai-based by some surprise in the early phase of the game. However, it was quite clear that Sethuraman was following a known course while Harikrishna too had his trumps under sleeves.

As it turned out in the middle game, Sethuraman lost a pawn but had the Bishop pair as advantage and even though Harikrishna pressed hard the former was never at a loss of guidance to keep the position intact. Once the opposite coloured Bishops endgame arose on board, the result of the game was never in doubt.

In the upset of the day, Onischuk got the better of Karjakin with white pieces. The Russian-turned American was never in any danger and improved his advantage slowly in the middle game to lend the knockout punch when the endgame arrived.

In other interesting games of the day, Vladimir Kramnik of Russia defeated Bruzon Lazaro of Cuba while at the top of the tables Veselin Topalov called it a truce against Sergei Zhigalko of Belarus.

The World cup started with 128 players and is now down to 64 under the knockout format. There is a 1.6 Million USD prize fund at stake with the first round losers taking home USD 6000 USD. There is a 20 percent FIDE tax to be paid in all earnings.