"Didn't Think About Winning" When Playing Carlsen: Praggnanandhaa To NDTV

Tipped for greatness at an early age, the chess wizard is living up to his reputation and gave some interesting insights into his preparation and strategy during the match against Carlsen and for the tournament. 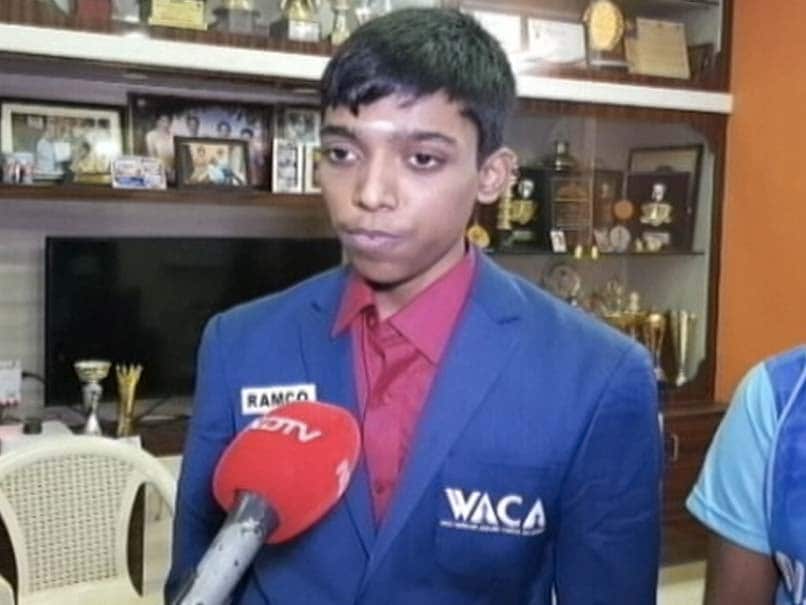 16-year-old Indian grandmaster Praggnanandhaa has been the toast of the nation, ever since his stunning victory over world champion Magnus Carlsen of Norway in the eighth round of the Airthings Masters, an online rapid chess tournament. The chess wizard, who bowed out of the competition on Wednesday after finishing a creditable 11th, spoke exclusively with NDTV and shared his experience of playing against and beating Carlsen.

"It feels good that I managed to beat the world champion. I still feel that I could have played better. I would like to continue my form," a composed Praggnanandhaa said.

Tipped for greatness at an early age, the chess wizard is living up to his reputation and gave some interesting insights about his preparation and strategy during the match against Carlsen and for the tournament.

"I did not think about my win while I was playing. I was just focussing on my moves.

"I worked very hard and even changed my sleep schedule as the tournament was played early in the morning," the 16-year-old added.

Asked about who his role model is and the Chennai-born prodigy didn't take long to answer, "Viswanathan Anand is my role model."

Praggnanandhaa added that he would like to continue playing chess and make it his profession.

"My win over Carlsen is good for chess in India. I want to take up chess as a profession. I make good money by playing chess.

He added that not playing the game on the board during the pandemic was difficult but he was always playing online.

"Not playing over chess board during Covid-19 was bad, but the good thing is that we could just take the laptop and play," the young grandmaster added.

Prime Minister Narendra Modi took to Twitter on Wednesday to congratulate Praggnanandhaa for his incredible achievement.

Comments
Topics mentioned in this article
Magnus Carlsen Chess
Get the latest updates on India vs Australia and check out  Schedule, Results and Live Score. Like us on Facebook or follow us on Twitter for more sports updates. You can also download the NDTV Cricket app for Android or iOS.