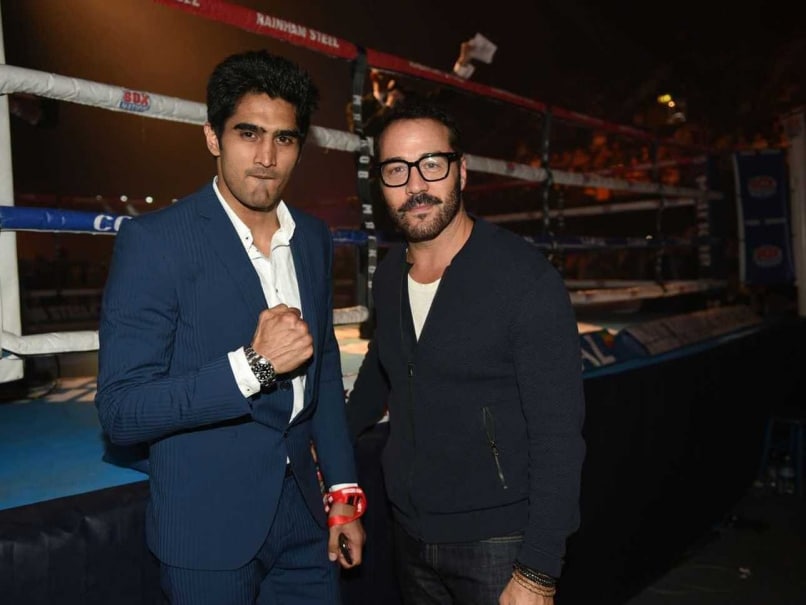 Star Indian pugilist Vijender Singh, who is all set to make his professional debut in Manchester Arena on October 10, witnessed the first live professional boxing fight at the SSE Arena, Wembley here.

Vijender is already training hard in Manchester for the past three weeks under globally acclaimed champion trainer Lee Beard and his opponent for debut fight will be announced soon.

After witnessing the first professional fight in UK, Vijender said, "It was really an electrifying experience for me to watch live title fight of WBA World Super-Middleweight Championship here in London and it has boosted my confidence ahead of debut in the professional circuit which is scheduled after 10 days.

"I am really excited and eagerly waiting for making debut with a winning start in professional ring. I am working hard physically and mentally for 8-10 hours to prepare myself for this new challenge. Professional boxing is altogether a different level wherein not only boxing fans but also Hollywood personalities come to cheer their favourite boxers."

Comments
Topics mentioned in this article
Vijender Singh Boxing
Get the latest updates on SA vs IND 2021-22, check out the Schedule and Live Score . Like us on Facebook or follow us on Twitter for more sports updates. You can also download the NDTV Cricket app for Android or iOS.