Vijender Singh will face Australian Kerry Hope on July 16 for the WBO-Asia Pacific Super Middleweight Championship. His trainer Lee Beard is confident that his ward will win 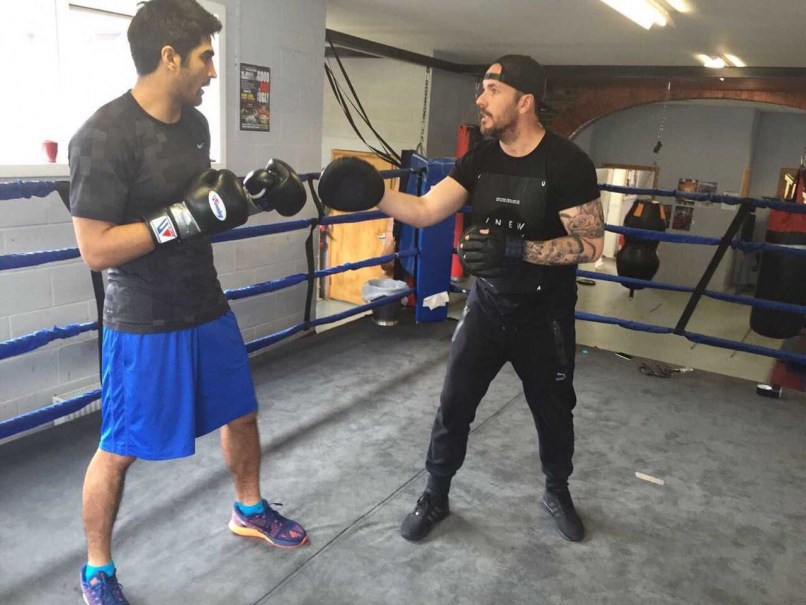 Vijender Singh with trainer Lee Beard during a practice session in Manchester.© NDTV

Vijender Singh's trainer Lee Beard is confident that his ward will dish outÂ  a seventh successive knockout win in his India debut on July 16.

Beard said he has tweaked the Indian boxing star's technique slightly as part of preparations for the eagerly-anticipated WBO Asia-Pacific title bout against Australian Kerry Hope on July 16.

The WBO Asia Pacific Super Middleweight Championship Title bout will be a 10-round contest between Vijender and Hope at the Thyagaraj Stadium in New Delhi.

As the fight draws closer, the intensity of Vijender's training has increased and his trainer is very impressed with the the Indian's dedication.

"He is training very hard, he has been sparring 12 rounds with 3 different guys and also putting the strength and condition to work hard also," Beard said.

"We have of course been adjusting things to suit the southpaw opponent he is fighting in Kerry Hope, a very experienced operator and a fighter who has been involved in some big fights so him fighting Vijender in India won't faze him.

"We have been working on various things which I believe will be effective against Hope, Vijender is very strong and punches extremely hard but we are not going to rely on that," he added.

Beard said Vijender's focus gives him the confidence that the July 16 contest would be a knockout triumph for the former Olympic bronze-medallist against Hope.

"...we have been working on a number of things technically and I believe Vijender will knock out his opponent," he said.

Commenting on Vijender's opponent, Beard said, "Hope is a very experienced boxer but Vijender is very confident and self-assured. Vijender is going display how smart he is as a fighter and then the power Vijender has will also come out and he will win in style."