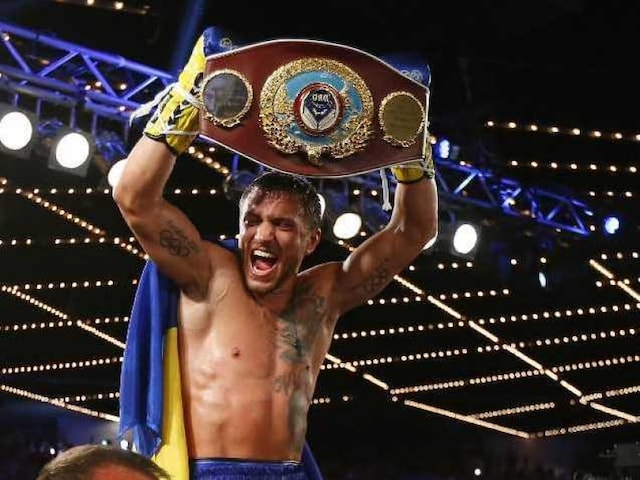 Two-time Olympic gold medallist Lomachenko sent Puerto Rico's Martinez sprawling on his back with a devastating left uppercut-right hook combination to win by knockout at 1:09 of the fifth round.

He improved to 6-1 with 3 knockouts -- and became the fastest fighter to gain world titles in two weight divisions.

Lomachenko, who compiled an amateur record of 396-1 with Olympic gold medals in 2008 and 2012, insisted he is still learning the pro game.

"I need more fights. It's not enough fights for me. I need fights to get better," he said, adding that he wanted to take on the best of the 130-pound ranks.

Lomachenko won his first world title in June of 2014, dominating former US Olympian Gary Russell to win his in his third pro bout. He matched Saensak Muangsurin's record for fewest fights needed to win a world championship.

The only blemish on his pro record was a loss to Mexico's Orlando Salido in Lomachenko's second professional fight --when the vacant WBO featherweight title on the line.

Salido was ringside at the Theater at Madison Square Garden on Saturday, and Lomachenko said he was game for a rematch.