Sumit Sangwan Among Winners On Day 1 Of National Boxing Championships

Former Asian medallist Sumit Sangwan (86kg) was among the victors on the opening day of the men's National Boxing Championships as he notched up a comfortable win over Harish Prasadula by a unanimous margin in the 86kg opening round match. 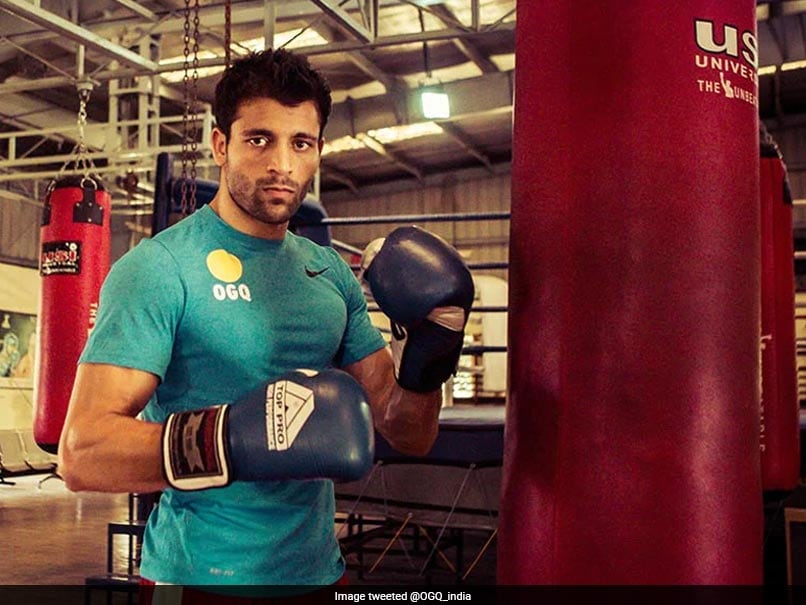 Boxer Sumit Sangwan was among winners on Day 1 of National Championships.© Twitter

Former Asian medallist Sumit Sangwan (86kg) was among the victors on the opening day of the men's National Boxing Championships at the Inspire Institute of Sports on Wednesday. Haryana pugilist Sumit, who had participated in the 2012 London Olympics, notched up a comfortable win over Andhra Pradesh's Harish Prasadula by unanimous margin in the 86kg opening round match. The 2019 President's Cup gold medallist Neeraj Swami (48kg) also put up an impressive show and made a winning start with a dominating 5-0 victory against Haryana's Sagar.

Punjab's Rajpinder Singh also outpunched his opponent Rahul Niltu from Himachal Pradesh to secure a 5-0 win in a 54kg bout. Among other boxers who made impressive starts were Maharashtra's Nikhil Dubey and Chhattisgarh's Dinesh Kumar.

Competing in the 75kg category, both the boxers claimed contrasting victories. While Nikhil won by stoppage in the first round against Gujarat's Sejad Lilgar, Dinesh had to work hard against Bengal's Abhishek Shaw during his close 3-2 win.

The tournament is being conducted in the 13 new categories announced by the International Boxing Association. The finals of the ongoing championships will be held on September 21.

The gold medallists will book themselves a direct berth for the upcoming World Championships scheduled in Belgrade, Serbia from October 24 to November 6.

The gold and silver medal winning boxers will earn themselves direct entries into the national coaching camp. The National Championships will be followed by selection trials till September 24 to finalise the remaining two names to take part in the national camp from each category.

In the selection trials, two bronze medallists of the Nationals will compete against boxers representing the second teams of Top-3 from the 2019 National Championships -- SSCB (Services), RSPB (Railways) and Haryana.

The announcement of the complete list of campers will be made on September 24 on the basis of results of the selection trials.