L Sarita Devi is currently an athletes representative in the executive committee of the Boxing Federation of India. 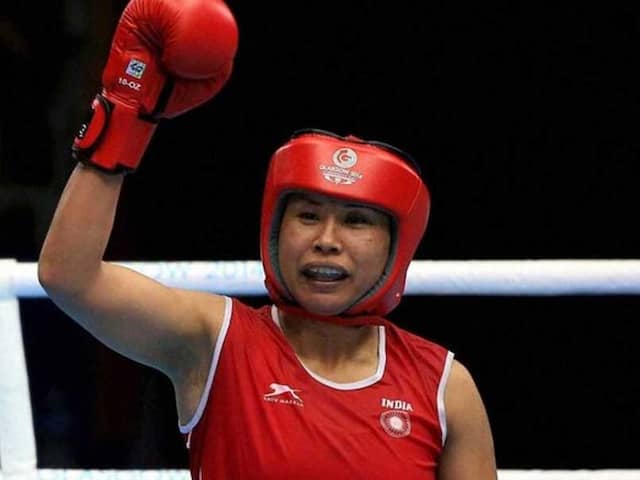 Sarita Devi is an eight-time Asian Championships medallist -- five of them gold.© PTI

India's former world champion boxer L Sarita Devi has been finalised as a candidate for the International Boxing Association's (AIBA) athletes commission, to be created for the first time after voting during the world championships for men and women in September-October. The 37-year-old is an eight-time Asian Championships medallist -- five of them gold -- and is currently an athletes representative in the executive committee of the Boxing Federation of India, which nominated her for the position in the world body as well.

"Obviously I am very proud of being nominated but I also understand that if I am elected, it would be a huge responsibility," the Manipuri veteran in the lightweight (60kg) category told PTI.

Sarita, a former national champion and 2014 Commonwealth Games silver-medallist, is the sole contender from the Asian bloc as of now. She is set to be picked unopposed as the commission is supposed to feature one male and a female boxer from each of the five regional confederations (Asia, Oceania, Europe, Americas and Europe).

The last date of filing nominations was June 5 while the list of candidates in fray was finalised earlier this month. The athletes commission is part of the reforms that the International Olympic Committee has recommended for AIBA, which has been stripped of the right to conduct the sport in the 2020 Olympic Games due to alleged financial and administrative mismanagement.

"I am still an active athlete and have no plans of giving up anytime soon. I understand that it would be a challenge to manage my time for the multiple roles but I will try to do my best if I make it," Sarita said.

"Having served in the BFI executive body, I have some experience of raising athletes' issues," she added.

Sarita said if she makes the final panel, her focus will be on issues related to women's boxing. "The well being of women boxers is a primary concern for me and I will try and be their active voice in AIBA," she said.

The first Indian boxing connection to an IOC athletes' body was back in 2017 when the legendary M C Mary Kom was invited to address its Athletes' Forum in Lausanne.

Comments
Topics mentioned in this article
Boxing Sarita Devi
Get the latest Cricket news, check out the India cricket schedule, Cricket live score . Like us on Facebook or follow us on Twitter for more sports updates. You can also download the NDTV Cricket app for Android or iOS.