Nikhat Zareen caused a major upset on the second day of the Bosphorus Boxing tournament when she out-punched her Russian opponent 5-0. 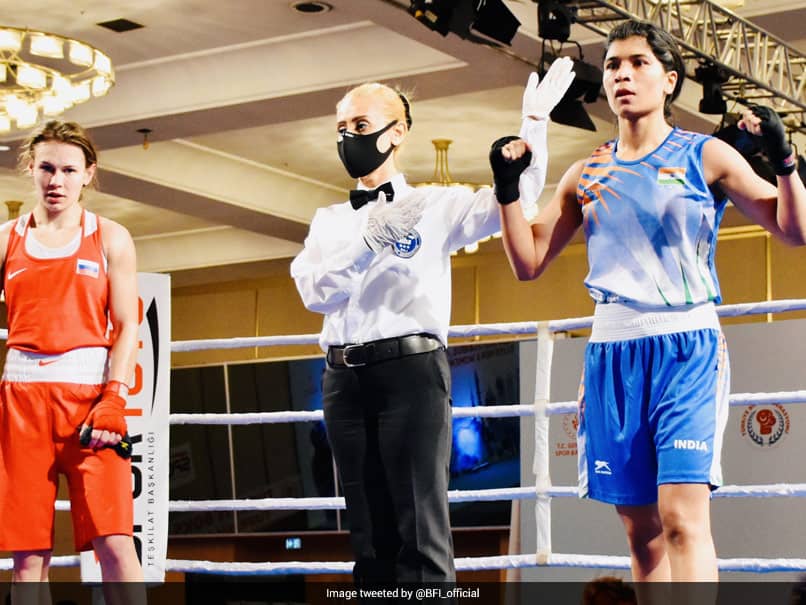 India's Nikhat Zareen stunned reigning world champion Ekaterina Paltceva to breeze into the women's 51kg quarterfinals at the Bosphorus Boxing tournament in Istanbul. The Asian Championships bronze medallist, Zareen caused a major upset on the second day of the tournament on Wednesday when she out-punched the Russian boxer 5-0. The Indian pugilist will have yet another tough bout ahead as she takes on two-time world champion Kyzaibay Nazym of Kazakhstan in her last-eight bout.
Apart from Zareen, 2013 Asian champion Shiva Thapa, Sonia Lather and Parveen also registered victories in their respective categories to proceed to the quarterfinals.

Thapa got the better of Kazakhstan's Smagulov Baghtiyov 3-2 in the men's 63kg division.

However, it was curtains for Duryodhah Negi (69kg), Brijesh Yadav (81kg) and Krishan Sharma (+91kg) as they lost their preliminary round bouts.

The third day of the event will witness six Indian boxers fighting it out in their respective quarter-final bouts.

Lather, Zareen, Parveen and Jyoti (69kg) will be seen in action in the women's category while Thapa and Solanki will present the Indian challenge in the men's competition.