The glove was produced by Everlast to promote the world heavyweight title fight on March 8, 1971 during which Ali suffered his first defeat. 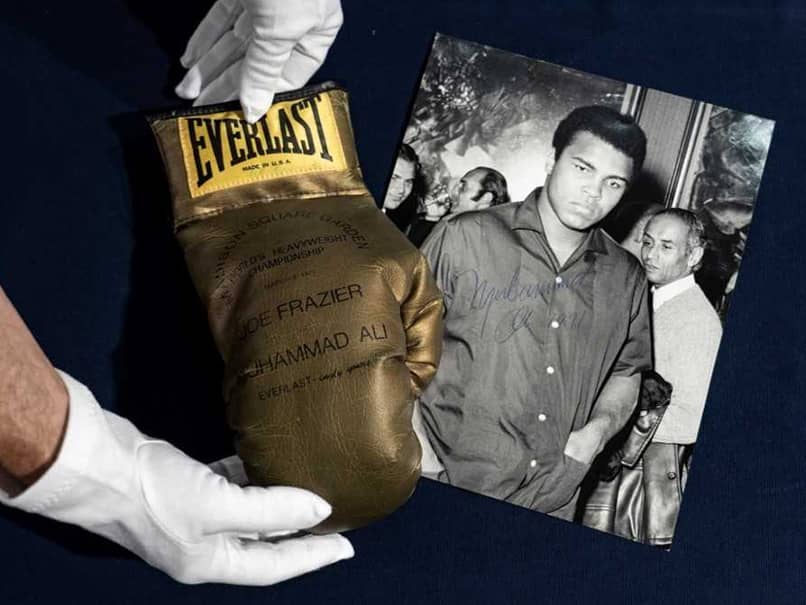 A rare gold boxing glove made to commemorate Muhammad Ali's "Fight of the Century" against Joe Frazier in Madison Square Garden nearly 50 years ago failed to find a buyer in an auction in Turin on Thursday. The glove was produced by Everlast to promote the world heavyweight title fight on March 8, 1971 during which Ali suffered his first defeat. But it failed to get an offer for the 5,000-euro ($5,637) asking price at Sala Bolaffi in Turin. The glove returns to the collection of its Italian owner, Ezio Scime, a former record company owner, who was in the front row of the fight in New York.

"We had ringside seats, between Woody Allen and Frank Sinatra," recalled Scime.

"We were so close that when they punched each other we were covered in splashes of sweat.

"Only a few of us in the front rows were given a glove as a memento, and I would have had Ali autograph it, but the match as is well known gold ended tragically, and so it was not possible."

"(After his defeat) Ali looked wretched, not so much on a physical level but psychologically."

It was not until years later that Ali finally autographed the glove when he was suffering from Parkinson's.

"Ali autographed it with his shaking hand, and as a passionate boxing and sports fan my dream was fulfilled," said Scime.