Mary Kom matched Cuba's Felix Savon as the joint most successful boxer -- men and women -- in the World Championships history. 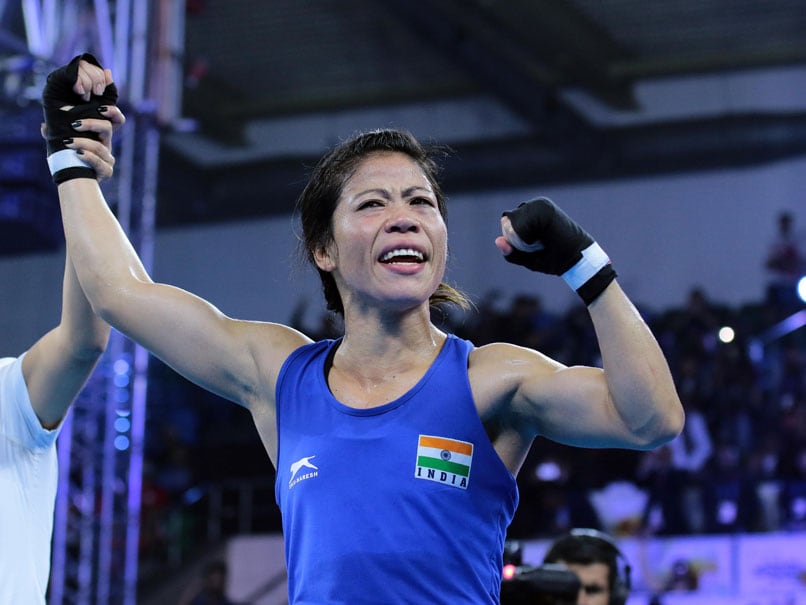 Mary Kom became the world's most successful woman boxer when she beat Hanna Okhota of Ukraine by a unanimous 5-0 decision in the 48kg light flyweight final to win a historic sixth gold medal at the Women's World Championship at the KD Jadhav Indoor Stadium in New Delhi on Saturday. With this gold, Mary Kom now has a record seven medals in total -- six gold and one silver medal. Following the win, sportspersons took to Twitter and congratulated 'magnificent' Mary on her incredible feat. While Vijender Singh wrote "You are an Inspiration", Virender Sehwag said Mary Kom is one of India's "greatest ever sportsperson".

A proud moment for Indian sports.

Congratulations to Mary Kom for winning a Gold in the Women's World Boxing Championships. The diligence with which she's pursued sports and excelled at the world stage is extremely inspiring. Her win is truly special. @MangteC

CONGRATS to @MangteC for the GOLD in Women's World Boxing Championships in 48 kg category!

With this, she hs become the FIRST EVER female boxer to win 6 World Championships!

A fabulous achievement by a wonderful athlete! Wt a proud day for us all! #MaryKom pic.twitter.com/kd12D8Ii4T

You are an Inspiration @MangteC.. Magnificent Mary Clinches Gold For 6th time. More Power To You #MaryKom pic.twitter.com/NOJ2jFeZMg

She is a living legend and her achievement will inspire millions of youth to excel. #MaryKom pic.twitter.com/GNP4Rlkl1W

The last time she won the top prize in the showpiece event was in 2010 in Bridgetown, Barbados.

By virtue of her win on Saturday, Mary Kom became the only woman boxer in the world to win six gold medals at the World Boxing Championships.

The Indian superstar left behind Ireland's Katie Taylor, who has five gold medals and a bronze. Katie Taylor now plies her trade in the professional circuit.

Felix Savon, who also won three Olympic gold medals during his illustrious career, has won six gold medals and one silver in heavyweight in the World Championships between 1986 and 1989.

In the other match of the day, 21-year-old Sonia, who was aiming for her maiden gold at the Championships, lost to Germany's Ornella Wahner via split decision in 57kg featherweight class and clinched the silver medal.

India finished the championships with one gold, one silver, and two bronze medals.

Comments
Topics mentioned in this article
Boxing Mary Kom
Get the latest updates on ICC Women's Cricket World Cup 2022 and IPL 2022, check out the Schedule , Live Score and IPL Points Table. Like us on Facebook or follow us on Twitter for more sports updates. You can also download the NDTV Cricket app for Android or iOS.