India's best performance at the tournament was back in 2006 when the country, hosting the event, topped the medals tally with a haul of eight. 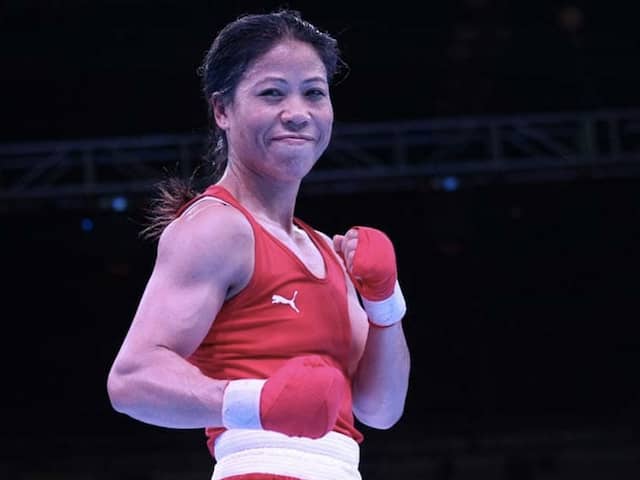 Six-time champion MC Mary Kom's seemingly endless reservoir of experience makes her a strong medal contender yet again but the spotlight will also be on some youngsters when India takes guard at the World Women's Boxing Championship starting in Ulan Ude, Russia on Thursday.The 36-year-old Manipuri has been an ambassador of the sport not just in India but also the world over but there is a minor blemish in her magnificent record -- the lack of a world title in the 51kg category. She would be aiming to set it right in this Russian city. This is not to say she hasn't done well in the hard-fought category--

Mary Kom has the Olympic bronze medal and the Asian Games gold to her credit in the division.

Former champion and Mary Kom's contemporary L Sarita Devi (60kg) is another one to watch out for after she defeated last edition's bronze-winner and a much younger Simranjit Kaur in the trials.

The eight-time Asian medallist is also in the running to become a member of the International Boxing Association's (AIBA) first ever athletes commission, the voting for which will take place during the mega-event.

She is expected to make the panel as there hasn't been any other nomination from the Asian bloc. India Open gold-medallists Neeraj (57kg) and Jamuna Boro (54kg) are among the five boxers who will be making their debuts at the big event and can be expected to create a flutter.

In the 75kg category, former Asian champion Saweety Boora will be keenly watched. She was a silver-medallist in the 2014 edition of the marquee tournament.

"This squad is a nice mix. Last time we had four medals, let's see how the debutants respond to the challenge this time. Fingers crossed," national coach Mohammed Ali Qamar told PTI.

"Before coming here, we had a fruitful training stint in Italy where we got to spar with the Chinese, which is not something that happens quite often. They hardly travel elsewhere and they are the biggest force in women's boxing," he added.

In the 48kg category, which Mary Kom made her own, Strandja Cup silver-medallist Manju Rani will be fighting it out this time. "She has shown a lot of promise and hopefully, it would translate into a medal here," Qamar said.

India's best performance at the tournament was back in 2006 when the country, hosting the event, topped the medals tally with a haul of eight, including gold medals by Mary Kom and Sarita.