Mary Kom and Sarita Devi hail from Manipur. The boxing queens are worried that the recent encounters between terrorists and Army personnel could harm their families. 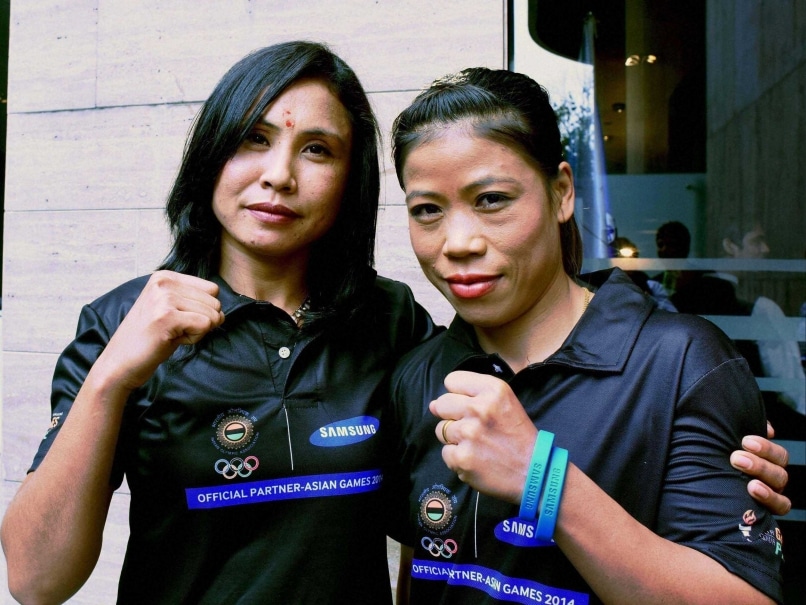 They may be supermoms and fearless in the ring, but two of India's best known women boxers - MC Mary Kom and Sarita Devi -- are worried that terror has returned to their state, Manipur, and there are no signs of peace.

Manipur has made headlines for the wrong reasons. The brutal killing of Indian Army personnel on June 4 by North-East terror outfits has left world champion boxer and a mother of three Mary Kom scared. Sarita Devi, another supermom whose boxing exploits are well known, is equally distraught.

"It is very difficult to decide whether to stay there or shift to some other state. I have my family there and also my academy. But we cannot continue to live in constant fear. If the problem persists, then I may leave the state," Mary Kom told the Indian Express on Thursday.

Mary Kom, who is training in Bangalore for the world championships in a bid to qualify for the Rio Summer Olympics in 2016, is a mother of three - including twins - and runs her academy in Imphal. Known for her mental and physical toughness, the 33-year-old now fears for her family.

This week, the Indian Army exacted revenge on the June 4 killings reportedly by striking at terror groups inside Myanmar. The Army retaliation has only angered several North-East terror outfits, who are reportedly planning more ambush attacks on security forces.

Asian Games bronze medallist Sarita said: "Such news is disturbing, especially since there was no such thing happening for a long time. We lose sleep. We grew up at a time when our movements were restricted (due to violence). Don't want our children to be affected."

Mary Kom echoed similar sentiments. "Killings, blasts...nobody likes it. I have children now, but there is always stress and tension. Let's stop killing each other."

Sportspersons have played peacemakers in several countries. Chelsea star Didier Drogba has played a similar role in Ivory Coast, a nation hit by civil war. Can Mary Kom or Saritha Devi ever play a similar role?

Comments
Topics mentioned in this article
Boxing Mary Kom Sarita Devi
Get the latest updates on India vs Australia Series, check out the India vs Australia Schedule for 2020-21 and Ind vs Aus live score . Like us on Facebook or follow us on Twitter for more sports updates. You can also download the NDTV Cricket app for Android or iOS.