Mary Kom, who needs two wins to secure a berth for the Tokyo Olympics, will face off against New Zealand's Tasmn Benny in the first round of the Asian Olympic Qualifiers. 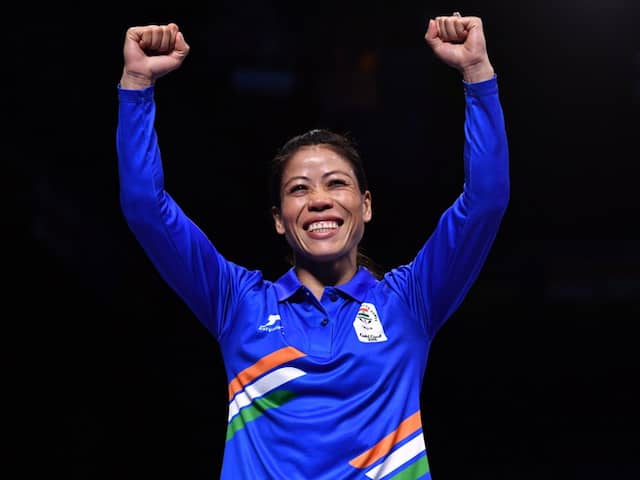 Mary Kom needs two wins in the Asian Olympic Qualifiers to seal a berth in the Tokyo Olympics.© AFP

London Olympic bronze medallist Mary Kom (51kg) and World Championships silver medallist Amit Panghal (52kg) will begin their quest for a Tokyo Olympic berth when they enter the ring at the Asian/Oceania boxing Olympic qualifiers in Amman, Jordan on Saturday. Six-time world champion Mary has been seeded second in her category and she will face New Zealand's Tasmyn Benny in the first round. Two wins will take her to Tokyo in what could realistically be her last appearance at the Olympics.

"Mary knows that this is her last Olympics and wants to do her best to close her dream with a medal. She has worked hard especially the reactivity work on the legs as well and has been working hard to be in good shape," said Foreign Coach for Indian women's boxing Raffaele Bergamasco.

Panghal starts off his campaign against Mongolia's Enkhmanadakh Kharkhuu after a first-round bye as the top seed in his category and has a 1-1 record against his opponent. Panghal is upbeat to avenge his defeat in his last meeting with Kharkuu and get his campaign off to a flying start.

"Amit boxed against him before in Asian Games and beat him one-sided. And in the World Military Games, Amit lost by 5:0 to the same guy. Our plan is to create surprises in every round and am sure Amit would like to even scores as he faces his opponent tomorrow," said CA Kuttappa, India's head boxing coach.

Comments
Topics mentioned in this article
Mary Kom Amit Panghal Boxing
Get the latest Cricket news, check out the India cricket schedule, Cricket live score . Like us on Facebook or follow us on Twitter for more sports updates. You can also download the NDTV Cricket app for Android or iOS.