Haryana flyweight boxer Pinka Jangra created quite a flutter after getting the better of five-time world champion Mary Kom, who was on a comeback trail after a two-year break following the birth of her third child, in the recent trials for the 2014 Glasgow Commonwealth Games. 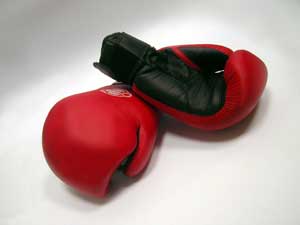 She ousted none other than Olympic bronze-medallist MC Mary Kom to make the Commonwealth Games-bound Indian team but far from revelling in the new-found attention, Pinki Jangra says she has begun to feel the pressure of delivering a medal after her giant-slaying act in the trials.

The 24-year-old flyweight boxer from Haryana created quite a flutter after getting the better of five-time world champion Mary Kom, who was on a comeback trail after a two-year break following the birth of her third child, in the recent trials.

"I feel a bit of pressure now. I have beaten the best in trials, now I would have to prove myself a worthy selection. That is possible only through a medal at CWG. I have to get a medal to prove myself. So, yes there will be pressure on me," Pinki said in an interview.

The enormity of her feat in the trials can be gauged from the fact that she found her first back-up system in the Anglian Medal Hunt Company, which was quick to sign up the promising pugilist.

"For the first time I have signed up with a company. They will take care of my nutritional needs, provide a physio and a mental trainer besides foreign training when required," Pinki said.

Women's boxing will be making its debut in three weight categories at the CWG, two years after the breakthrough in the London Olympics.

The other boxers who were selected in the women's squad are former World Championship silver-medallist L Sarita Devi (60kg) and Pooja Rani (75kg).

Pinki is an Asian Championships silver-medallist and had first hit the headlines, incidentally, by beating Mary Kom at the 2009 National Championships. And now she is all geared up for the big stage that awaits her in Glasgow from July 23.

"There will be boxers from some very strong countries like England, which has world number one Nicola Adams in my category. It will be tough for me and whether I get a medal will depend a lot on what sort of a draw I get. I hope it's not too tough to start with," said Pinki.

While Pinki is all excited about her CWG debut, what dampens her spirits slightly is the current state of the sport in the country. The Indian Amateur Boxing Federation has been in termination for "possible manipulation" in its 2012 elections.

Although the International Boxing Association has now recognised an ad-hoc body, it would be some time before the situation gets back to normal on the administrative front.

"The circumstances are a slight disappointment but we have no choice but to carry on and give our best in the ring. I can only hope for a quick resolution to all these issues," said Pinki.

The international suspension has resulted in lesser exposure trips for the country's boxers and Pinki said it has been a crucial setback in an eventful year. After the CWG in July-August, the Asian Games are scheduled to be held in September.

"More international trips were required to prepare well but we have to make the best of what we have. As a substitute, I go through the videos of my international rivals to understand their tactics and work out plans accordingly," she said.