The Boxing Federation of India (BFI) has offered to host the tournament, which was to be held from February 3-14 in Wuhan. 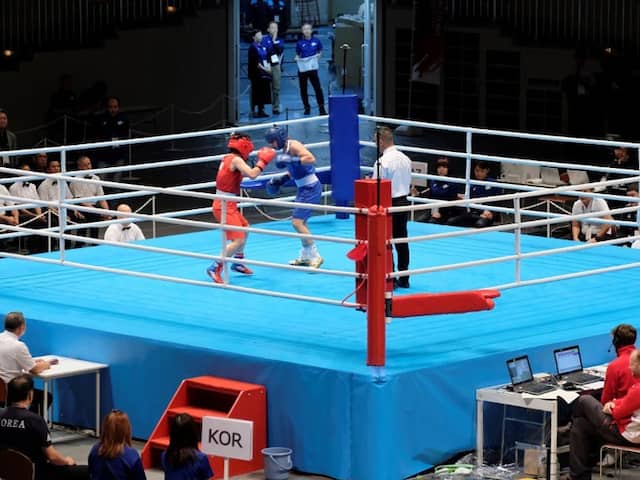 Boxing's Olympic Qualifying tournament was cancelled in the Chinese city of Wuhan.© AFP

Boxing's Olympic Qualifying Tournament scheduled next month was on Friday pushed to March, a couple of days after it was cancelled in the Chinese city of Wuhan following the outbreak of Novel Coronavirus. The International Olympic Committee's (IOC) Boxing Task Force (BTF), which is in charge of conducting the sport at the Olympics later this year, confirmed the change of dates in its latest communication to the national federations.

"The Asian/Oceanian Tokyo 2020 boxing qualifying event has been rescheduled and is planned between March 3-11, 2020. The BTF is currently exploring alternative locations outside of the People's Republic of China and will immediately inform National Olympic Committees, National Federations, and officials as soon as a new host is appointed," the BTF stated.

The Boxing Federation of India (BFI) has offered to host the tournament, which was to be held from February 3-14 in Wuhan. The schedule was thrown haywire by the health crisis in China, which has so far claimed 26 lives and infected over 800 people prompting authorities to shut down 13 cities in the country.

"...due to any reason, if the event is to be shifted to a different country, Boxing Federation of India would be willing to host this Asian and Oceania Qualification Event 2020," BFI President Ajay Singh had stated in a letter to the Chairman of the International Olympic Committee's Task Force (Boxing) Morinari Watanabe.

The Olympic qualifying process for boxing is being administered by the IOC Task Force after the International Boxing Association (AIBA) was suspended for alleged administrative mismanagement and financial bungling.

The BFI's proposal has been backed by the Indian Olympic Association (IOA).