Asian Olympic Qualifiers: Mary Kom One Win Away From Qualifying For Tokyo 2020

With Mary Kom's win, 11 Indian boxers have now entered the quarter-finals of the Asian Olympic Qualifiers 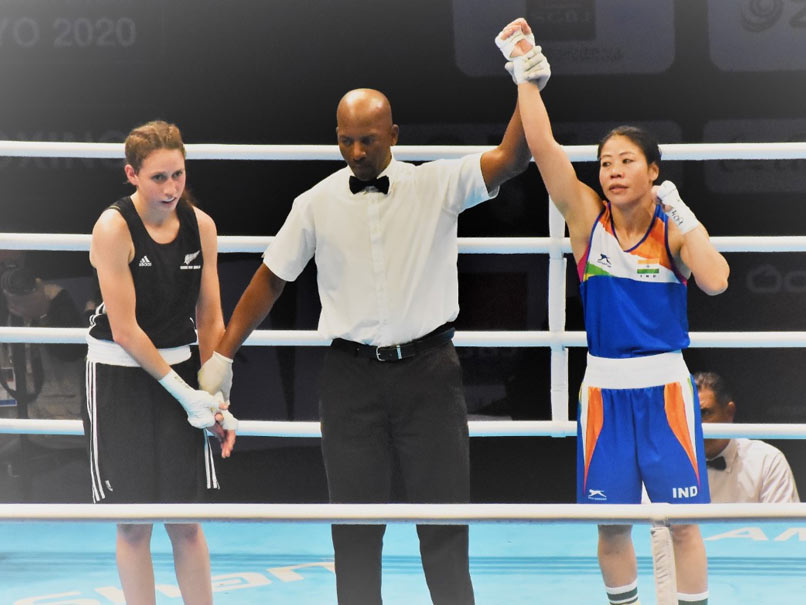 Six-time world champion Mary Kom (51kg) moved one step closer to qualifying her second Olympics with a powerful performance in her opening bout at the Asian/Oceanian Olympic Qualifiers in Amman, Jordan on Saturday. The London Olympics bronze medallist, seeded second at this event, hardly put a foot wrong and sailed away to a commanding 5-0 victory over Commonwealth Games bronze medallist Tasmyn Benny of New Zealand on her way to the quarter-finals, where she will face Irish Magno of the Philippines.

With Mary Kom's win, 11 Indian boxers have now entered the quarter-finals at this tournament.

Earlier, World Championships silver medallist Amit Panghal (52kg) recorded a gritty 3-2 win over Mongolia's Enkhmanadakh Kharkhuu to enter the quarter-finals. Both Kom and Panghal are now just one win away from realizing their Tokyo Olympic dream

Commonwealth Games champion Gaurav Solanki (57kg), meanwhile, bowed out 1-4 to top seed and world champion Mirazizbek Mirzakhalilov of Uzbekistan in the second round after a spirited display.

Having lost to the Mongolian at the World Military Games in their previous meeting, the Asian Games champion Panghal knew he had a tough task at hand in his opening bout at this event.

Panghal started with a flurry of right jabs and left crosses to have an upper hand over his opponent but Kharkhuu still had enough in his tank to trouble the Indian.

The second round was highly competitive with both boxers not shying away from landing their punches on each other. Kharkhuu looked not in the mood to relent and kept battling hard with Panghal looking a bit subdued towards the end of the final round.

Amit's ability to land clear punches on his opponent in the first couple of rounds eventually tilted the balance in his favour as three of the five judges voted in his favour.

"I played according to the strategy the coaches had chalked out. I tried to score well in the first round, which was the main aim. Glad to have got the win. I have played and beaten my next opponent twice. I would look to get a win again and get an Olympic quota for my country," said Panghal after the victory.

Comments
Topics mentioned in this article
Mary Kom Boxing
Get the latest updates on ICC Women's Cricket World Cup 2022 and IPL 2022, check out the Schedule , Live Score and IPL Points Table. Like us on Facebook or follow us on Twitter for more sports updates. You can also download the NDTV Cricket app for Android or iOS.