Vijender Singh may be the face of Indian boxing but much before him, the country produced a slew of professional boxers whose careers never took off due to lack of support 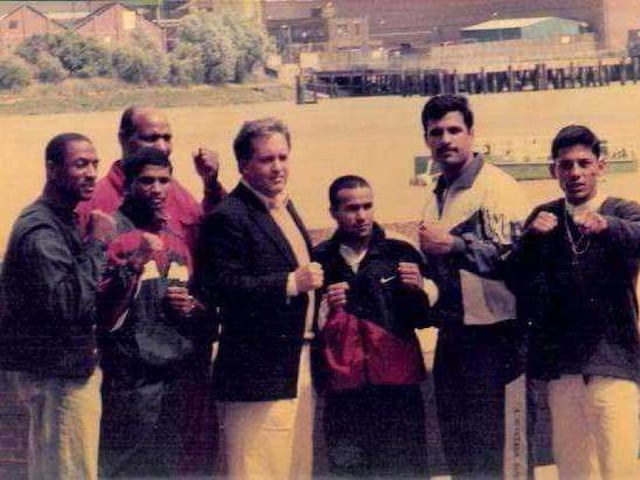 On Saturday night in London, unbeaten Vijender Singh will step out for his fifth professional bout against Frenchman Matiouze Royer. The 30-year-old from Haryana has been the pin-up boy of Indian boxing for several years now and lucky to survive in a world that is synonymous with power, money and glamour.

Vijender is only carrying forward a legacy that was actually started by a handful of Indian boxers who dared to turn professional but never got the means to achieve their dreams.

Almost two decades ago, Dharmendra Singh Yadav was India's first professional boxer. He was not the only one. Venkatesh Devrajan and Raj Kumar Sangwan also shed their amateur status and took boxing head on by turning professional.

Talent and power were not enough for them. For lack of financial support and adequate exposure, their careers never took off. Unlike Vijender, whose bouts are marketed and sold to the media well in advance, Yadav or Sangwan were never in the spotlight.

Devrajan was one of India's first boxers to win a World Cup medal. Now he trains upcoming and poor boxers from Chhattisgarh. He is unhappy that the media never recognized his effort as a pro. However, Devrajan is happy for Vijender.

"Vijender can certainly become a game changer. In the coming months, you will see a lot of Indian boxers trying to becomes professionals," says Devrajan.

Sangwan is not too sure. "I don't think Vijender's success will be a big game changer. It will take some time, around 20-30 years or so," he told NDTV.

After his retirement, Arjun awardee Sangwan opened an academy for young and talented boxers. His academy is bereft of the state-of-the-art facilities but there is a lot of enthusiasm in his camp.

Sangwan says: "Yes, these facilities are not enough. But there is a sea change in what we used to get and what is available now. India have a long way to go to really embrace professional boxing." Not everyone is lucky like Vijender Singh.

Yadav seems to the biggest casualty of a sport system that values little for boxers. Jobless, Yadav's plans for an academy is yet to see the light of the day. He was apparently promised support by the UP chief minister Akhilesh Yadav.

"This is the general attitude towards sports in India. I hope after seeing your story, I will get something back from the system," said Yadav.

Yadav claims he had almost bagged a 75-lakh contract with WorldTel in 1994. He made a good start in England and attracted a lot of attention but it did not last long.

He remains positive in life and feels Vijender's success should inspire the next generation. "If Indian boxers start getting good facilities they can do wonders in the pro-ring," said Yadav.