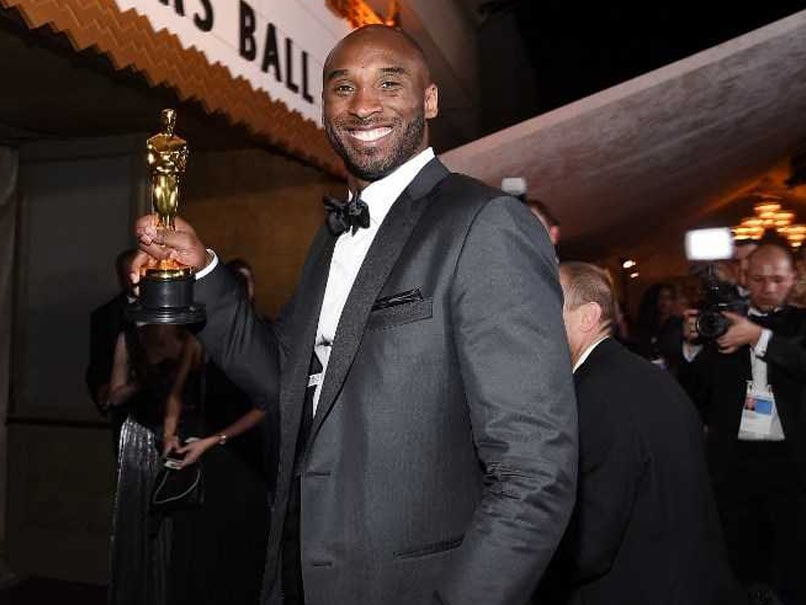 Retired basketball superstar Kobe Bryant -- once the toast of Los Angeles for the Lakers -- is now a Hollywood A-lister with an Oscar. Yes, you read that correctly. Nearly two years after leaving the NBA, the 39-year-old Bryant won the Academy Award for best animated short on Sunday for "Dear Basketball," a collaboration with artist Glen Keane and legendary composer John Williams. "Thank you, Academy, for this amazing honor. Thank you, John Williams, for a wonderful piece of music," Bryant said.

In a sardonic reference to an attack by Fox News presenter Laura Ingraham against basketballers expressing their political opinions, he said he thought NBA stars were "really supposed to shut up and dribble."

"I'm glad we do a little bit more than that," he added.

Awards prediction website Gold Derby had Bryant as the odds-on favorite to win the Oscar for best animated short, but his triumph is unlikely to please everyone.

In the wake of the Harvey Weinstein scandal, it will be a reminder that Bryant was arrested over the suspected rape of a 19-year-old hotel worker in Colorado in 2003.

Bryant admitted to a sexual encounter, but insisted it was consensual. The criminal case was dropped when the accuser refused to testify, but Bryant faced a civil suit.

As part of an out-of-court settlement, he publicly apologised to his accuser, but admitted no guilt.

Comments
Topics mentioned in this article
Basketball
Get the latest updates on Fifa Worldcup 2022 and check out  Fifa World Cup Schedule, Stats and Live Cricket Score. Like us on Facebook or follow us on Twitter for more sports updates. You can also download the NDTV Cricket app for Android or iOS.