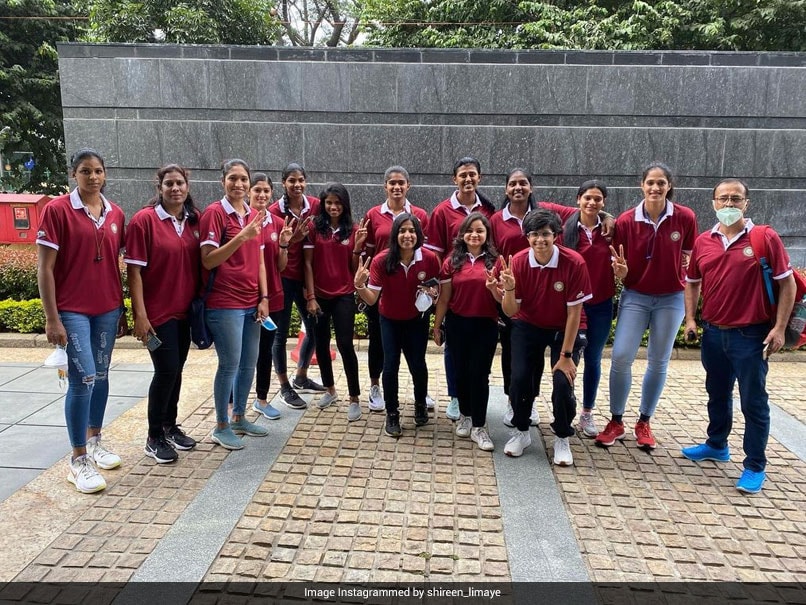 FIBA Women's Asia Cup: The Indian basketball team will be hoping to put in a good display in event.© Instagram

Experienced forward Shireen Limaye will lead the Indian basketball women's team at the upcoming FIBA Women's Asia Cup 2021. Head coach Zoran Visic has named a relatively inexperienced squad with Sruthi Arvind, S Pushpa, PU Navaneetha and Stephy Nixon the only other players apart from the captain to hold onto their berths. In the 2019 edition, which was held in India, the team failed to register a single win to finish eighth and last. India was relegated to Division "B" as a result.

Despite the relegation, the Indian team has retained its place in the elite continental competition since FIBA could not organise the Division "B" event in the last two years due to the COVID-19 pandemic.

The FIBA Women's Asia Cup 2021, which will be played at the Prince Hamza Hall in Amman, starts on September 27. The final is slated for October 3, as per olympics.com

The tournament also acts as the Asia and Oceania qualification for the 2022 FIBA Women's Basketball World Cup to be held in Australia. The top four teams from the continental showpiece will make it to the World Cup.

Comments
Topics mentioned in this article
Basketball
Get the latest updates on ICC Women's Cricket World Cup 2022 and IPL 2022, check out the Schedule , Live Score and IPL Points Table. Like us on Facebook or follow us on Twitter for more sports updates. You can also download the NDTV Cricket app for Android or iOS.