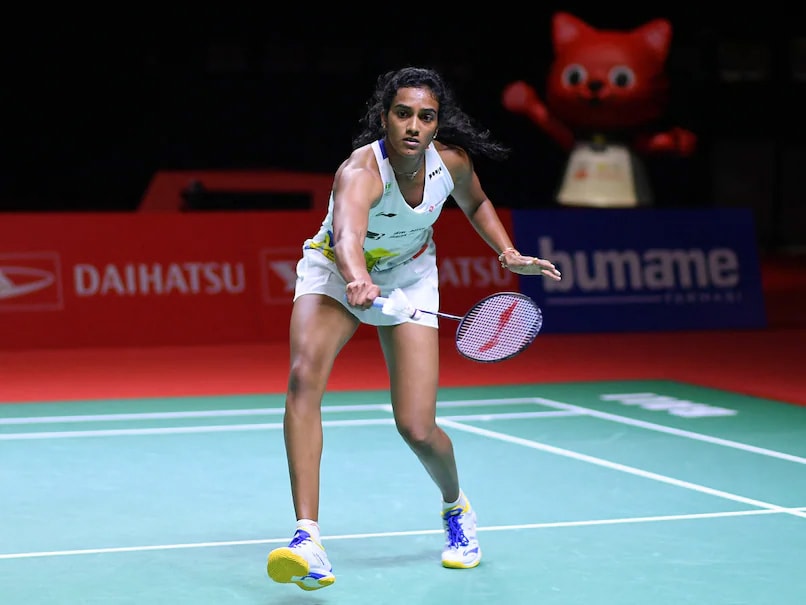 Top Indian shuttlers P V Sindhu and Kidambi Srikanth registered straight-game victories to make impressive starts to their respective singles campaigns at the season-ending BWF World Tour Finals on Wednesday. Sindhu, a two-time Olympic medallist, saw off Denmark's Line Christophersen 21-14 21-16 in a lop-sided Group A contest after former world number 1 Srikanth beat France's Toma Junior Popov 21-14 21-16 in 42 minutes in his opening match of group B. The reigning world champion, the only Indian to win the year-ending tournament in 2018, will meet Germany's Yvonne Li next.

Srikanth, who had reached the knockout stage of the 2014 edition, will next face Thailand's three-time junior world champion Kunlavut Vitidsarn.

The women's doubles pair of Ashwini Ponnappa and N Sikki Reddy, however, lost 14-21 18-21 to second-seeded Japanese combination of Nami Matsuyama and Chiharu Shida in their opening group B match.

Also starting with a loss was the men's doubles pair of Satwiksairaj Rankireddy and Chirag Shetty, beaten 16-21 5-21 by the Danish combination of Kim Astrup and Anders Rasmussen in a group A clash.

Sindhu looked in great control as she opened up a 5-2 lead and though Line made it 7-6, the Indian quickly reeled off 10 straight points to march to 16-8 and seal the opening game comfortably.

After the change of sides, Line put up a slightly better show as she led briefly at 4-2 before Sindhu grabbed a slender 11-10 advantage at the interval. After resumption, Sindhu zoomed to 17-13, and soon, shut the door on her opponent.

Srikanth also displayed a compact game. He was alert and agile on the court and found points with his attacks against the world number 33 Frenchman.

The opening game was a tight affair in the initial part with the duo fighting tooth and nail.

Srikanth managed to eke out a slender 11-9 lead at the break and then came out with five straight points to move ahead to 16-10 and soon closed out the game.

In the second game, Srikanth lagged 1-4 initially but he soon recovered to once again grab a two-point advantage at the interval.

Just like the first game, he made his way to a healthy 14-9 lead before moving to 19-14. A long shot from his opponent gave Srikanth four match points and he sealed it with some superb net play.

PV Sindhu Ashwini Ponnappa Kidambi Srikanth Badminton
Get the latest updates on India vs South Africa and check out  Schedule, Results and Live Score. Like us on Facebook or follow us on Twitter for more sports updates. You can also download the NDTV Cricket app for Android or iOS.