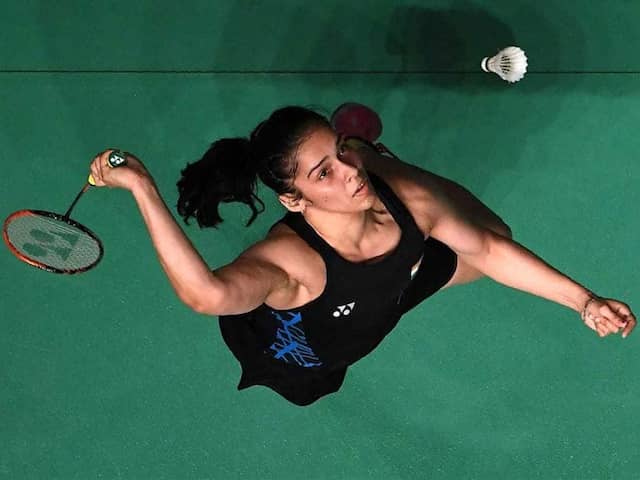 Saina Nehwal did an encore of last edition's final in Nagpur.© Twitter

Saina Nehwal beat PV Sindhu in straight games in the marquee clash of the tournament to retain her women's singles crown at the 83rd Yonex Sunrise Senior Badminton Nationals in Guhawati on Saturday. The three-time former champion Saina used her powerful smashes to telling effect, registering a 21-18 21-15 win against Sindhu, a two-time winner, in the summit clash. In a repeat of last edition's final in Nagpur, 2012 Olympics bronze medaliist Saina once again had the upper hand over Sindhu during the exciting clash which was witnessed by a capacity crowed at the TRP Indoor stadium.

The 26-year-old from Madhya Pradesh, who had won the title in 2011 and 2017, showed great composure and tactical brilliance to outplay 17-year-old Lakshya, a Asian junior champion, 21-18 21-13 in a lopsided contest.

It was their second meeting at the Senior Nationals final, following Sourabh's triump over Lakshya, 15 then, in February 2017.

Chirag and Pranaav came together after the former's regular partner Satwik Rankireddy was sidelined ahead of the tournament due to an injury. Satwik and Chirag had finished runners-up at the last edition.

For Pranaav, it is his third national title, having won the men's doubles crown along with Akshay Dewalkar in 2013 and 2015 and the mixed doubles title with Prajakta Sawant in 2010.

Comments
Topics mentioned in this article
Sourabh Verma Badminton Saina Nehwal PV Sindhu
Get the latest Cricket news, check out the India cricket schedule, Cricket live score . Like us on Facebook or follow us on Twitter for more sports updates. You can also download the NDTV Cricket app for Android or iOS.