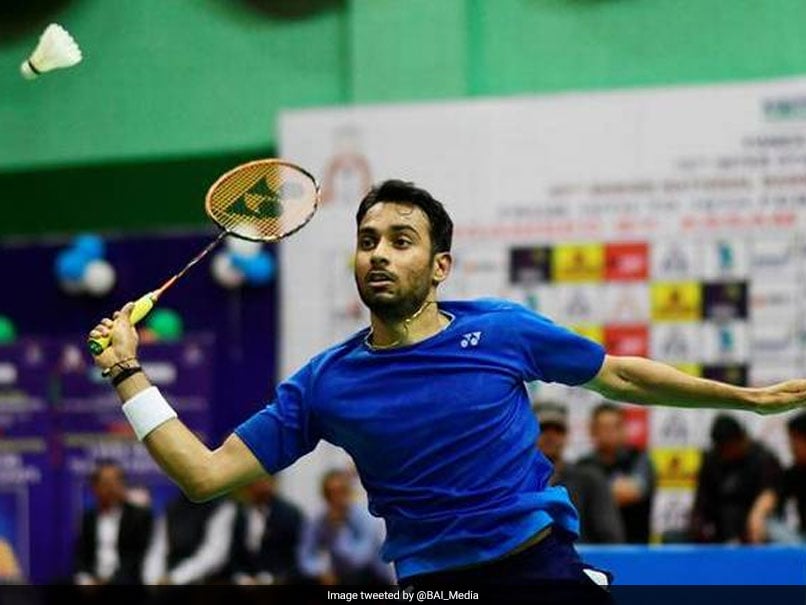 Sun Fei Xiang won seven consecutive points to mark his dominance in the second game. He clinched the second game by 21-17 to hand Sourabh his first-ever game loss in the tournament.

The third game was a closely-fought affair with the two players locked at 6-6 but after that Sourabh Verma took the game by the scruff of its neck.

The second-seeded Indian held his nerves to seal the final game 21-14 and clinch the title.

"I am very happy with the way, I played this week. I played three Japanese and these players have similar kind of style. Most like to attack and the little differences in their style is something you have to figure out on the court. So it was nice to beat them," Sourabh told PTI.

"The final was a tough match but I am happy I could play my game and come out victories. This title will give a boost to my confidence," the Indian said.

It was a third career meeting between Sourabh and Sun. The duo has faced off twice this year at Canada and Hyderabad with the Indian coming up trumps on both the occasions.

Talking about the final match, the world no 38 Indian said: "In the first game, I waited for his weak returns. I realised his defence was a little weak, so I looked to exploit that. He committed too many unforced errors and it helped me.

"In the second game, I was troubled by the drift from one side and he jumped into a huge lead. But after the change of side in the decider, I went back to the strategy that worked for me and I am happy I could win," added the National champion.

Asked if he will play the USD 400,000 Korea Open World Tour Super 500 event to be held from September 24 to 29, Sourabh said: "I will head back home now and depending on the condition of my body and the time required to recover, I will take a call if I want to go to Korea or not."

The 26-year-old from Madhya Pradesh had won the Dutch Open and Korea Open last year.

Comments
Topics mentioned in this article
Badminton Sourabh Verma
Get the latest updates on India vs Australia and check out  Schedule, Results and Live Score. Like us on Facebook or follow us on Twitter for more sports updates. You can also download the NDTV Cricket app for Android or iOS.