PV Sindhu defeated Indonesia's Lyanny Alessandra Mainaky 21-9, 21-7 in 27 minutes to sail into the second round. 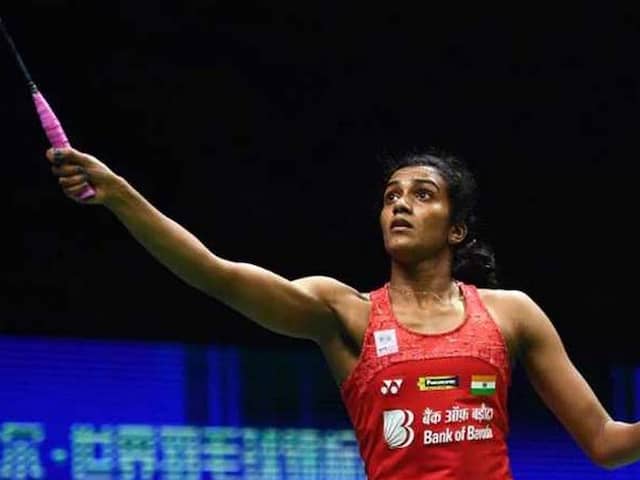 PV Sindhu will play Mia Blichfeldt of Denmark in the second round.© AFP

PV Sindhu and Saina Nehwal started their campaign at the Singapore Open badminton tournament with straight-game wins in the women's singles first round on Wednesday. While fourth seed PV Sindhu defeated Indonesia's Lyanny Alessandra Mainaky 21-9, 21-7 in 27 minutes, Saina Nehwal outclassed another shuttler from Indonesia -- Yulia Yosephin Susanto -- 21-16, 21-11 in straight games. In men's singles, Sameer Verma registered a 21-14, 21-6 win over Thai shuttler Suppanyu Avihingsanon while HS Prannoy defeated Brice Leverdez of France 11-21, 21-16, 21-18 to book their place in the second round.

Saina, who won a bronze in the 2012 London Olympics, will next meet the winner of the match between young compatriot Mugdha Agrey and Thailand's Pornpawee Chochuwong.

However, it was curtains for India in the opening round of the men's doubles competition.

The pair of Manu Attri and B Sumeeth Reddy lost to qualifiers Danny Bawa Chrisnanta and Kean Hean Loh of Singapore 13-21 17-21.

The mixed doubles pair of Saurabh Sharma and Anoushka Parikh too exited in the opening round after a 12-21 12-21 defeat at the hands of third-seeded Thai pair of Dechapol Puavaranukroh and Sapsiree Taerattanachai.

However, Pranaav Jerry Chopra and N Sikki Reddy progressed to the mixed doubles second round event after beating Arjun M R and K Maneesha 21-18-21-7 in an all-Indian contest.