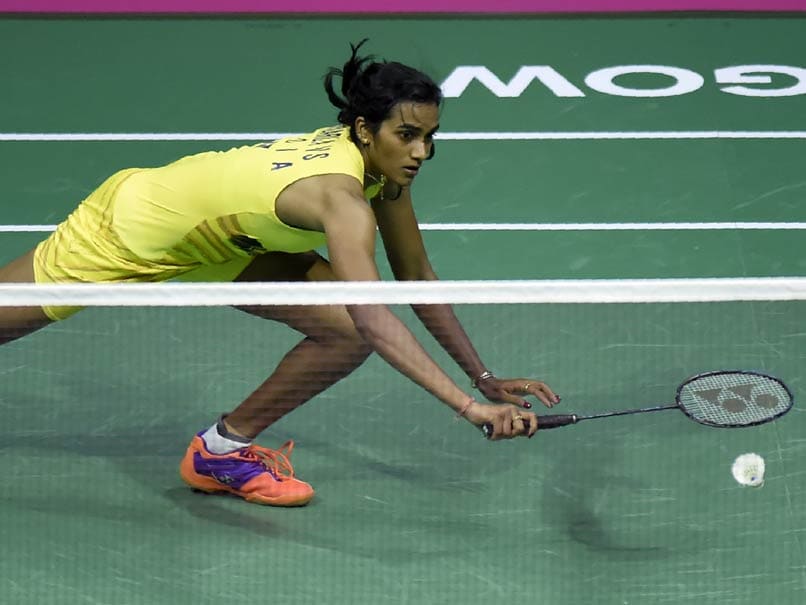 India's Olympic 2016 silver medallist PV Sindhu lost to Japan's Nozomi Okuhara in a pulsating women's singles final of the World Badminton Championships on Sunday. Sindhu lost 19-21, 22-20, 20-22 against Okuhara in a gruelling match that lasted an hour and 50 minutes. It was Sindhu's third medal at the World Championships, with a bronze apiece from the 2013 and 2014 editions in her bag.

22:48 IST: The medal ceremony of men's singles is underway. Victorious Viktor is waving his hands and greeting his fans.

Denies Lin Dan his 6th gold at the Worlds by defeating the Chinese giant 22-20, 21-16. pic.twitter.com/EvN0ylvxqX

Who will win gold? #2017BWC pic.twitter.com/deqaY1xYN3

Pusarla Venkata Sindhu - Remember the name.A role-model for a generation, aged 22.
India is proud of u @Pvsindhu1
Most breathtaking finals

5 Sunday's ago the Indian Women's cricket team made us hook on to our TV screens & today #Sindhu .Women,the pride of India.Proud to see this pic.twitter.com/bKfp0s2wio

#2017WBC .Congratulations to Japan. Well played #PVSindhu .We are proud of you.

Okuhara ne Gold jeeta....Sindhu ne dil. Extremely fortunate to have witnessed this. Proud of both the athletes. #2017BWC

That is a gut-wrenching loss. Chin up, PV Sindhu. Hold your head high. You deserve to be celebrated and you wil always be our queen. pic.twitter.com/ef09vPPGmc

#PVSindhu You will be our Golden Girl no matter what. Nail biting match by Warrior @Pvsindhu1.. The nation is proud of you #2017BWC

I can only say that you made every Indian so proud @Pvsindhu1. You can come home with your head held very high @2017BWC @OGQ_India

21:13 IST: Another brilliant rally. Okuhara takes the point at the end. The Japanese shuttler makes it 19-19.

20:58 IST: Magnificent rally and Sindhu wins at the end. Brilliant display from her. She leads 12-11.

Making India switch off from watching a cricket match while we are batting, what a joy to watch #Sindhu in full flow .Come on India !

20:50 IST: Sindhu takes two-point lead against Okuhara. Can she maintain the lead?

20:39 IST: Sindhu concedes five-point lead to Okuhara. Can she make a comeback?

20:36 IST: The third and final game is underway. Who will win the women's singles final - Sindhu or Okuhara?

20:24 IST: Sindhu takes two-point lead against Okuhara. She leads 18-16. Can she maintain the lead to win the second game?

20:18 IST: Brilliant rally between the two.  Sindhu emerges winner in the last. the Indian shuttler leads the second game 16-13.

20:10 IST: Wonderful rally just after the mid break. Okuhara takes the point away. She trails 9-11.

20:07 IST: Okuhara making a steady progress just like the opening game. She trails 8-9 vs Sindhu.

19:58 IST: Sindhu off to a brilliant start in the second game. Two back-to-back points for her. She leads 2-0.

19:57 IST: The second game is underway. Can Sindhu make a comeback against Okuhara?

19:45 IST: Another brilliant rally between the two. Sindhu exults after winning the point. She leads 14-11.

19:37 IST: Wonderful display from Sindhu in the opening game. She leads 11-5 at mid break.

19:27 IST: Both shuttlers are warming up ahead of the summit clash.

19:22 IST: Finally, the wait is over. India's badminton star PV Sindhu is making her way to the court. A loud cheer from the crowd for the Rio Olympics medallist.

19:17 IST: In a few minutes from now, PV Sindhu will take the court against Japan's Nozomi Okuhara. A World Championship GOLD is on the cards!

Sending lots of wishes to @Pvsindhu1 for her finals.... #WBC2017 pic.twitter.com/DYwckFYkVt

The crowd erupts when China wins the first Gold of #2017BWC!!!! pic.twitter.com/GTjcYNYB3k

18:50 IST: Sindhu has two medals at the World Championships. She won bronze medals at the 2013 (Guangzhou) and 2014 (Copenhagen) editions.

18:27 IST: Sindhu will face Japan's Nozomi Okuhara, who defeated Saina Nehwal in the 1st semi-final, for the gold.

Let's not forget the contribution of this man. Pullela Gopichand is such an asset for Indian badminton. #2017BWC pic.twitter.com/77iDz9NQgC

18:14 IST: The Rio Olympics Silver medallist is just one step away from creating history.

PV Sindhu is just one step away!

She has already made a stark difference with her dominance in #2017BWC.

Bring on the final already! pic.twitter.com/zwQ0hFtpfY

Tick, tick, tick. It is the final countdown!

P V Sindhu and Nozomi Okuhara will battle it out for the ultimate glory. #2017BWC FINAL pic.twitter.com/JFmAbDZcAt

18:06 IST: Sindhu destroyed Chen Yufei of China 21-13, 21-10 on Saturday night in a match lasting just 48 minutes, thereby assuring herself of at least a silver medal.

PV Sindhu stays unbeaten against a Chinese player at the Worlds!

18:05 IST: The exciting and much-anticipated clash between Sindhu and Okuhara few minutes away.

17:40 IST: Hello and welcome to the Live coverage from the women's single final of World Badminton Championship between PV Sindhu and Nozomi Okuhara.

The 22-year-old has beaten Okuhara thrice and lost an equal number of times in the last six meetings. However, the Indian had an upper hand in the last two meetings having gotten the better of the Japanese at Rio Olympics and 2017 Singapore Open.

Comments
Topics mentioned in this article
Badminton PV Sindhu Live Blogs
Get the latest updates on India vs England Series, India vs England , live score and IPL 2021 Auction . Like us on Facebook or follow us on Twitter for more sports updates. You can also download the NDTV Cricket app for Android or iOS.