PBL: Pune 7 Aces Register Their First Win Of The Season 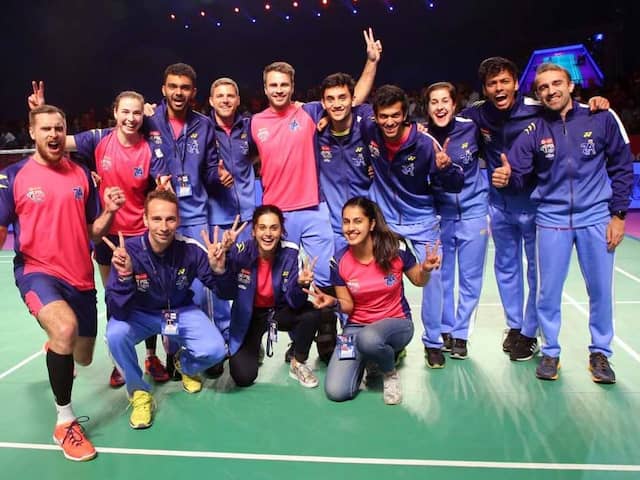 Pune 7 Aces registered their first win of the Premier Badminton League season four after a 4-3 win in their home-leg over two-time runners-up Mumbai Rockets at the Shree Chhatrapati Shivaji Sports Complex in Pune on Saturday. The Pune charge was led by Vladimir Ivanov and Line Kjaersfeldt each of whom brought home a couple of wins to help the debutants get their first ever victory. Kjaersfeldt and the pair of Ivanov and Shetty made it a grand start for the home side by winning the women's singles and men's doubles rubbers respectively.

However, Mumbai showed some stunning resilience to fight back through their two men's singles exponents, Anders Antonsen and Sameer Verma, sending the tie into a deciding fifth match.

With little to separate the two teams, it all depended on who would hold their nerves under pressure.

Ivanov and Kjaersfeldt did an admirable job for Pune in the final rubber that saw them beat Mumbai's highly experienced mixed doubles pair of Pia Zebadiah and Kim Gi Jung 15-13, 11-15, 15-12 in a thrilling finish to the Maharashtra derby.

Earlier, Pune started off the proceedings on a positive note with their trump, Line Kjaersfeldt taking the place of Carolina Marin in the women's singles.

The gulf between the 21st ranked Kjaersfeldt and Mumbai's 202nd ranked Shreyanshi Pardeshi was evident right from the start.

The rising star from Mumbai failed to pose any threat and caved in 11-15, 7-15 through her array of unforced errors.

If Mumbai Rockets looked up to the legendary Lee Yong Dae to turn around their fortunes, they were in for a disappointment.

Dae was very much off-colour and his frequent errors at the net didn't help the cause of the Mumbai side.

While the first game was on level terms till the deciding point, Ivanov and Shetty simply upped the ante in the second to take a 15-14, 15-7 win.

World No. 18 Anders Antonsen proved a wall too high for the 17-year-old Lakshya Sen of the Pune franchise in the Rockets' Trump clash.

The young Dane made a strong start against the Asian junior champion but a string of errors in the second game allowed the Indian to come back.

In the decider, a calm and steady Antonsen tackled the drift and his opponent much better to sail away to a 15-13, 7-15, 15-8 win for a vital 2 points for the visitors.

The latter showed signs of a fightback in the second game when he went up 7-5 but his chances were soon thwarted by Sameer who wrapped it up 15-7, 15-10 to bring his side back into contention.