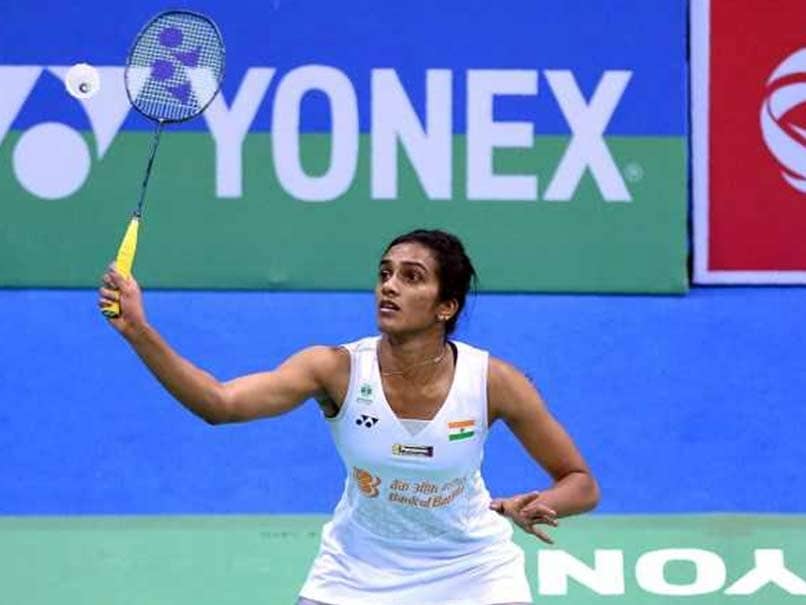 Star Indian shuttler P V Sindhu could not continue her impressive run at the Malaysia Open as she went down fighting 15-21, 21-19, 11-21 against Chinese Taipei's Tai Tzu Ying the defending champion in the semi-final. After losing the first game, Sindhu came back stronger in the second game but failed to keep her momentum in the third game. The Indian had progressed to the semifinals of the women's singles competition with a straight-game win in the USD 700,000 world tour super 750 tournament at the Bukit Jalil in Malaysia on Friday. In a clash between Olympic silver and gold medallists, it was Sindhu who emerged victories with a 22-20, 21-19 result in a 52-minute quarterfinal match against Carolina Marin. The 22-year-old Sindhu, who won a silver at the Glasgow World Championship, will face world no 1 and top seed Tai Tzu Ying on Saturday. Third-seed Sindhu started the proceedings with a sharp smash and moved to a 3-1 lead early on but Marin clawed back. Sindhu again opened a slender two-point lead which evaporated quickly.

13:22 IST: PV Sindhu seems to be losing her edge over Tai Tzu. The player from Taiwan is starting to build a healthy lead in the third game.

13:18 IST: Tai Tzu is trying to deceive PV Sindhu with her speed and she is putting some pressure on her Indian opponent. Tai Tzu leads 8-6.

13:15 IST: Both players are going neck to neck as far as the third game is concerned. It's 3-3 in the deciding game.

12:59 IST: Sindhu tries to up the tempo but Tai is just two quick and the drop ends leaving Sindhu rooted.

12:54 IST: Sindhu misses a simple smashing opportunity but Tai gifts away the point.

12:49 IST: Sindhu's string breaks mid rally which results in her hitting one long.

12:44 IST: Tai is beginning to get in front here. A down the line smash winner is followed up with a brilliant smash return that Sindhu just could not reach.

12:40 IST: The Indian loses the next point at the net. No point in trying to beat Tai Tzu at the net.

As has been the norm, Sindhu and Marin continued to fight it out as leads changed hands too frequently. The Indian finally grabbed a miniscule 11-10 lead at the interval after Marin failed to reach for a shot at the backline. Marin dictated the pace of the rallies to open up a 13-11 lead, celebrated every point with her usual verbal screams. Sindhu attacked her opponent's backhand to draw level this time at 14-14 and moved to lead with a smash, which Marin hit wide. Lagging 15-18, Marin stepped up the attack and grabbed five straight points to secure two game-point opportunities. A net error and a wide shot by Marin saw Sindhu claw back at 20-20. The Spaniard again hit wide and then found the net as the Indian pocketed the opening game.

The second game started in a similar fashion as Sindhu and Marin moved to 3-3 before the Indian surged to a 6-3 lead. The left-handed shuttler, however, soon levelled the score with three points as Sindhu committed a few unforced errors. At the interval, Sindhu grabbed a 11-6 advantage after reeling off five straight points, which ended with Marin hitting out. Marin slipped on the court after the break but managed to narrow the gap to 10-13 before moving to 14-15. However, the Spaniard hit long, netted a shot and failed to reach one at the forecourt as Sindhu moved to 19-15. A solid defence saw Sindhu grab three match points. She blew two points before unleashing a cross court smash to seal the contest in 52 minutes.