Despite losing her leg in a road accident, Manasi Joshi found her calling in Badminton and she is now targeting a Gold at the Paralympics next year. 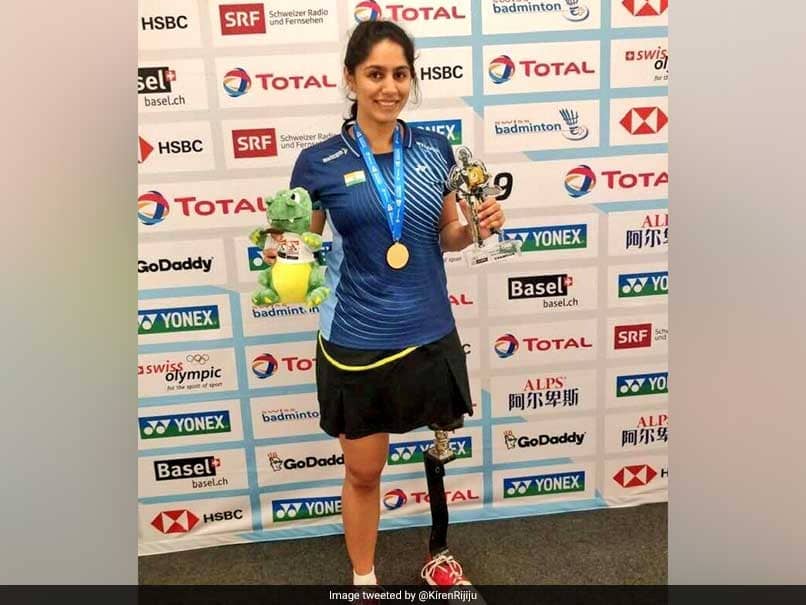 India's Manasi Joshi lost her leg in a horrific road accident, but found her calling -- and international recognition -- on the badminton court. Now the inspirational world champion, who has featured on the cover of Time magazine and has had a Barbie doll created in her image, is targeting Paralympic gold when the sport debuts in Tokyo next year. Eight years ago, she was a 23-year-old software engineer riding her scooter to work in Mumbai when a truck smashed into her, crushing her left leg and breaking both arms. Joshi's severely injured leg was amputated by doctors and she faced months of rehabilitation to learn to walk again.

But the accident could not damage her spirit and the young woman was determined to build her strength by playing her favourite sport, badminton.

"It has been a journey about learning and accepting different things," Joshi, now 31, told AFP in a phone interview from her home in the western city of Ahmedabad.

"Working hard on things that looked hard but are a new normal now. So I have come a long way."

Fitted with a prosthetic leg three months after the accident, she returned to the court to pursue her passion.

She started playing badminton at six years old and used skills honed through success in school, college and office competitions to find her winning edge again.

Five months after putting on the artificial limb, Joshi won her first gold in an office tournament against able-bodied players.

"I used more of my mind. Made people run, made sure that wherever I put the shuttle they end up giving it to my hand so that I could finish the point," she said.

"It was a turning point after my injury and the win certainly boosted my confidence."

Emboldened, she trained harder with the support of her family and eventually quit software engineering to play badminton full-time in 2016.

Time magazine featured Joshi on the cover of their Asia edition this month as one of eight global "next generation" leaders.

The makers of America's famous Barbie doll celebrated the achievements of Joshi on the International Day of Girl Child on October 11 with a Barbie modelled on her.

"I feel honoured to be a part of all this. And I think this will inspire people and they will believe that everything is possible," Joshi said, adding that there was growing acknowledgement of the achievements of differently-abled athletes.

"The whole narrative is changing."

A new challenge now awaits Joshi with the coronavirus-delayed Paralympics in Japan next year in the mixed doubles and women's doubles field, as no singles events will be played.

She is training six days a week, sometimes twice a day, focusing on boosting her strength and stamina.

With her every step of the way in her quest for qualification will be her family, notably her brother and coach Kunjan Joshi.

"These are the people who I see working hard to change the whole script (of my life) and making sure that I give my 100 percent," she said.