Lee Chong Wei, a three-time silver medallist at the Olympic Games, won his fourth men's singles title at the All-England Open on Sunday. 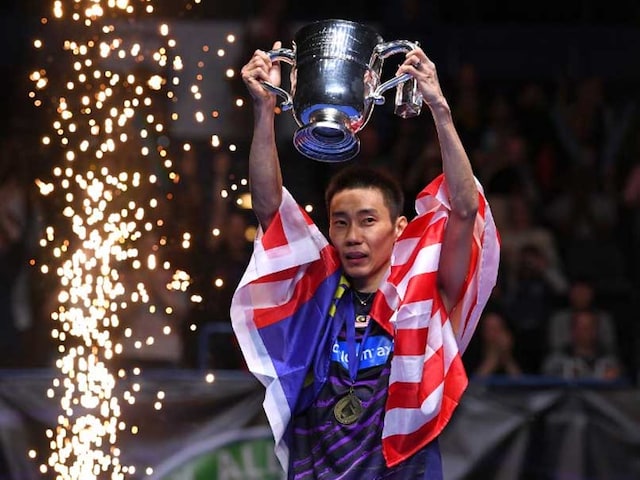 Against all odds, Malaysian superstar Lee Chong Wei won his fourth men's singles title at the All-England Open, defeating Chinese badminton player Shi Yuqi 21-12, 21-10 in Birmingham on Sunday. It was World No.1 Lee's fourth All-England title which equals the achievement of Morten Frost, the Dane who is his coaching director in Kuala Lumpur. His tally is more than any singles player of the Open era except Lin Dan, the Chinese genius who is the only opponent consistently to get the better of him. And at 34 Lee is the oldest singles champion of the Open era.

Lee disclosed afterwards that he almost didn't make it to Birmingham, unsure whether his damaged left knee heavily strapped would tolerate competitive stresses.

"When I decided to come -- which was a very close decision -- I never at all thought that I would win the title," said Lee.

"Yes, I am very surprised. I came because it might be my last, and I just wanted to come and enjoy it."

After two matches he was already feeling more confident about the injury, although he claims it was "never a hundred percent".

His 21-year-old opponent had found a path past Lin Dan, who appeared like an avuncular compatriot during their semi-final rather than the most fearsome player of his era.

It presented Shi with his first major final, whereas Lee has had seven at the All-England alone, and many others, and the vast difference in experience showed cruelly.

When the newcomer tried to keep the shuttle away from the net, where Lee had scored so heavily in his earlier matches, he found the veteran as brilliantly light-footed as ever, punching clears and, for the first time this week, launching punishing aerial attacks.

From 8-7 in the first game it was mostly one-way traffic, with Shi trying different ways to redirect the flow, but finding that Lee was now able to unleash a complete and unstoppable all court game.

"I relaxed my mind," Lee said, admitting it was a by-product of no longer expecting to win.

That is a mental skill he will try to re-create at Glasgow in August for the world championships, a title which has narrowly eluded him.