Kidambi Srikanth, who is on a comeback trail following an ankle injury, led 12-6 in the first game and 16-12 in the second. But on both occasions he blew his advantage against Chen Long. 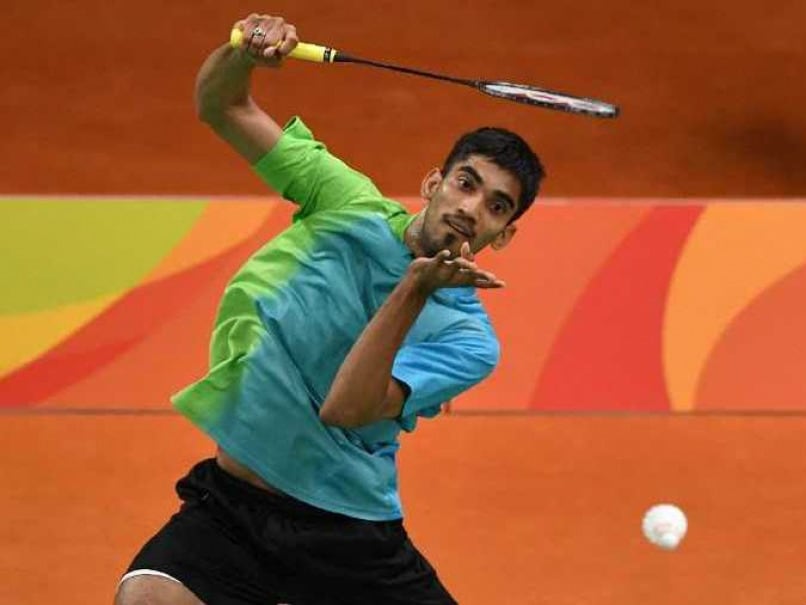 Kidambi Srikanth played out of his skin before going down fighting against Olympic champion Chen Long.© AFP

Indian shuttler Kidambi Srikanth put up a valiant effort but failed to get the better of Olympic champion Chen Long of China in the quarterfinals and with Srikanth's ouster India's campaign came to an end at the German Open Grand Prix Gold. The 12th seeded Indian went down 19-21, 20-22 in the men's singles match that lasted 47 minutes on Thursday night. The Indian star took the lead in both the games but failed to hold on to it to go down to the two-time world champion and All England champion.

Srikanth, who is on a comeback trail following an ankle injury, led 12-6 in the first game and 16-12 in the second. But on both occasions he blew his advantage against the second seed.

In the opening game, Srikanth had opened up a 3-0 lead early on and jumped to a 12-6 healthy lead at one stage but Chen fought back to slowly recover his lost ground and turned the tables with a four-point burst to reach a 19-17 lead.

The Indian grabbed two points but Chen earned the next two points to pocket the first game.

In the second game, Chen moved ahead 9-5 but Srikanth reeled off seven straight points to grab the lead. He kept his nose ahead till 16-12 when the Chinese marched ahead with a six-point burst and despite some desperate attempts by Srikanth, Chen had the last laugh.

Comments
Topics mentioned in this article
Kidambi Srikanth Badminton
Get the latest updates on India vs Australia Series, check out the India vs Australia Schedule for 2020-21 and Ind vs Aus live score . Like us on Facebook or follow us on Twitter for more sports updates. You can also download the NDTV Cricket app for Android or iOS.