Indonesia Open: One Of The Best Matches Of My Career, Says HS Prannoy

The 24-year-old will next play Kazumasa Sakai of Japan in the semifinals tomorrow. 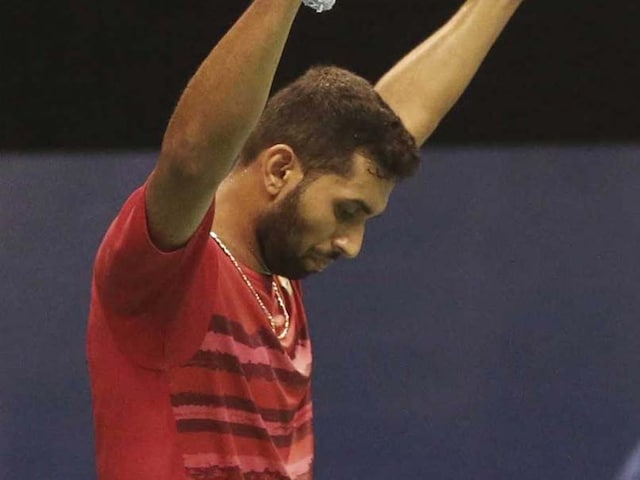 India's HS Prannoy described his win over Olympic champion Chen Long as one of the best of his career and credited his better fitness for his giant-killing spree at Indonesia Super Series premier in Jakarta. World No. 25 Prannoy shocked two-time All England and World Champion Chen 21-18 16-21 21-19 in a men's singles quarterfinals match that lasted 75 minutes. He had stunned former World No. 1 Lee Chong Wei in straight games yesterday.

"It was physically very tough today. It was quite tiring towards the end, especially in the last few point I was trying to focus hard and I am happy I could execute my plans well. It is due to my improved fitness and I think it is one of the best matches of my career," Prannoy told PTI over phone from Jakarta.

Talking about his opponent Chen, Prannoy said: "I hate to play him. He is a sort of player who never gets tired and he has this slow sort of game. He takes everything and has this giant structure but still very balanced. So, making him push is difficult, even if you are playing good shots it seems you are not doing enough against him. Matching his standard to crack him is tough.

"I was really getting confused in the end, whether to go for lifts or pushes and so I ended up making three errors. I think after today's game, I learnt a lot and I hope this win will only help me as I go along in future."

It was quite windy conditions at the Jakarta Convention Center (JCC) but Prannoy said he handled it well.

"The conditions are always tough in Asian countries, it is the same every year but I think I handled it better today."

The 24-year-old will next play Kazumasa Sakai of Japan in the semifinals tomorrow.

"I haven't played my next opponent ever. But it will be a tough match because he has been in good form, beating so many quality players coming like me through the qualifiers. He is in good touch and he adjusted well to the conditions here. He seems a tricky player especially at the net and it will be tough tomorrow, especially in the first game," Prannoy signed off.

Comments
Topics mentioned in this article
Badminton HS Prannoy
Get the latest Cricket news, check out the India cricket schedule, Cricket live score . Like us on Facebook or follow us on Twitter for more sports updates. You can also download the NDTV Cricket app for Android or iOS.