India Open: We Played One Of The Best Matches Ever, Says Badminton Star Satwiksairaj Rankireddy

India Open: India's top doubles player Satwiksairaj Rankireddy says they were desperate for a podium finish after a mixed 2021 season and described their performance at the India Open finals as "one of the best ever" in their career. 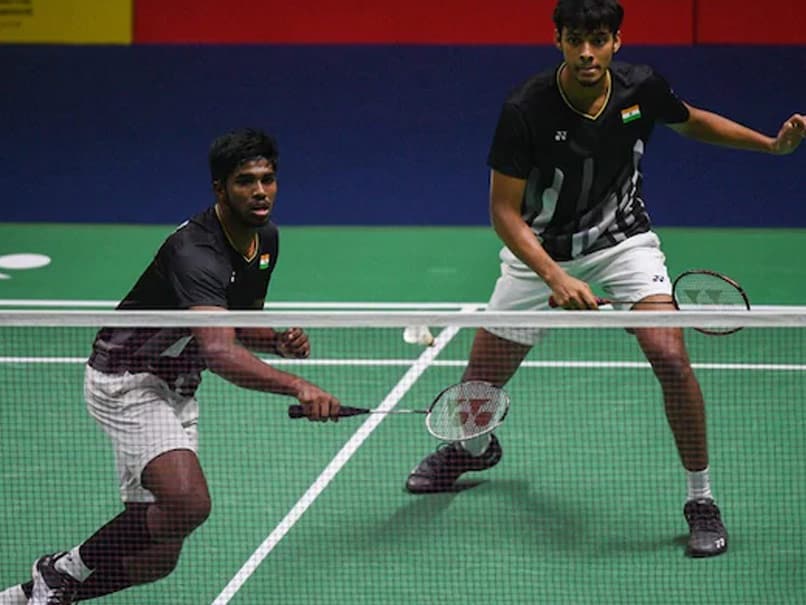 India's top doubles player Satwiksairaj Rankireddy says they were desperate for a podium finish after a mixed 2021 season and described their performance at the India Open finals as "one of the best ever" in their career. Satwik and Chirag Shetty became the first team from the country to win India's flagship tournament after registering a 21-16 26-24 result over three-time world champions Mohammad Ahsan and Hendra Setiawan. "It was a dream match for us, we still can't believe it. We had a clear plan and we wanted to implement that and give 100 percent. I feel we played one of the best matches ever," Satwik said during a virtual press conference.

"We stayed calm. I could see they were under pressure. So happy with the win," he added.

The Indian pair had lost thrice to the world number 2 Indonesian pair in four meetings but they came up with a plan to extend the rallies and play a more defensive game against the experienced pair.

"We know how to play them, we played against them in Thailand Open last year. We wanted to stay neck to neck, we wanted to keep them under pressure. We thought let them make mistakes and let's not give easy points," he said.

"They are best in taking quick points but we kept calm and played big rallies, that was the positive point. Even when we were 24-24, we wanted to play big rallies. I kept telling Chirag that we should just try to keep the shuttle inside," he added.

Satwik and Chirag had failed to cross the group stages at their maiden Olympics despite notching up stunning wins in two of the three matches.

They ended the World Championships in Spain with a pre-quarterfinal loss, last month.

"I was crying literally, I had a fire that I wanted to finish at the podium as much as possible, so that hunger was there and luckily we could win here, hopefully we will continue this form," he added.

His partner Chirag had expressed their target of reaching the world's top five this season.

After stunning Ahsan and Setiawan, Chirag said it was a performance worthy of being in top 5.

"We usually don't play this kind of a game, it is a new thing for us and it is working well and it shows that we can get points and win matches while defending, so I think we definitely played like a top 5 pair today," he said.

"That is one thing which kinds of differentiates the top five pair and top 10 because things go your way, you try to change and play a plan 'B' kind of game, that in something that worked really well," he added.

World Championships bronze medallist Lakshya Sen then made it a double delight, securing his maiden Super 500 title with a stunning 24-22 21-17 victory over world champion Loh Kean Yew of Singapore.

"This is the biggest world tour tournament I won. Winning feels good. In the match, in the closing stages I was nervous and anxious to finish it off as it was a big tournament but I am happy I could pull it off," Sen said.

"I think I played some good physical matches since quarterfinals. It will give me a lot of confidence to go ahead and play the whole season. Winning a world tour 500 event is a big thing for me," he said.

Talking about the final, Sen said he was anxious in the closing stages.

"I gave couple of easy points towards the end but after being a match point down, I played calmly. I took a break and it helped me to think better and play calmly," he added.

Sen and Loh have trained together in Dubai last year and so far have played each other four times in the international circuit with each winning two matches each.

"We know each other's game well, what to expect. I had beaten him last few months ago, I was confident and had a game plan and it worked well. I am happy I won today and again it was a close game," Sen said.