I Should Not Have Gone to Rio Olympics, Says Saina Nehwal

Her second world championship semifinal appearance is different because she had struggled on court after returning from a career-threatening knee injury and a surgery that hampered her at Olympics last year. 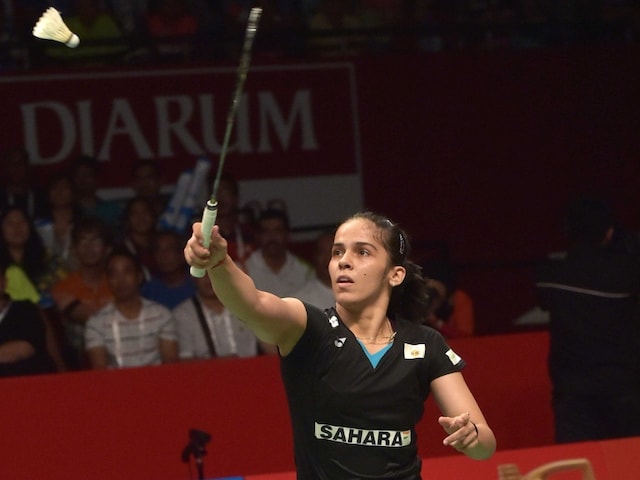 Saina Nehwal bowed out in the second round in Rio.© PTI

"I should not have gone to Rio" Olympics, said Saina Nehwal, almost a year after the champion shuttler's early exit proved to be one of the biggest upsets for the Indian contingent at the Games.

The 27-year-old Saina's second round defeat to unheralded Ukrainian Marija Ulitina was the lowest point for India in Rio, having entered the Games as the previous edition's bronze medallist and a winner of multiple international tournaments. That was a year ago. Now, a rejuvenated Saina marked her return to the big league by reaching the semifinals of the World Badminton Championships.

"Only I know what I went through. I shouldn't have gone to Rio, I didn't know I had a major injury. The belief of my parents and coach helped me get back. I still have tendonitis in the (right) knee," Saina said after her quarterfinal match.

Her second world championship semifinal appearance is different because she had struggled on court after returning from a career-threatening knee injury and a surgery that hampered her at Olympics last year.

"I was expecting a tough fight, but I was surprised she was playing so quick," said Saina.

"There were a lot of difficult rallies. She was pepped up and motivated, she put up a great show. I didn't expect she would last so long in the third game."

Saina had come into the match with a 4-0 head-to-head record against the 23-year-old Scottish, but she didn't play her in the last three years. Gilmour had meanwhile won two silver medals at the European Championship.

The London Olympics bronze medallist will next play seventh seed Nozomi Okuhara of Japan, who knocked out two-time defending champion Spain's Carolina Marin 21-18 14-21 21-15 in another match.