PV Sindhu recorded a consolation win over He Bingjiao to end her campaign on a positive note at the BWF World Tour Final on Friday. 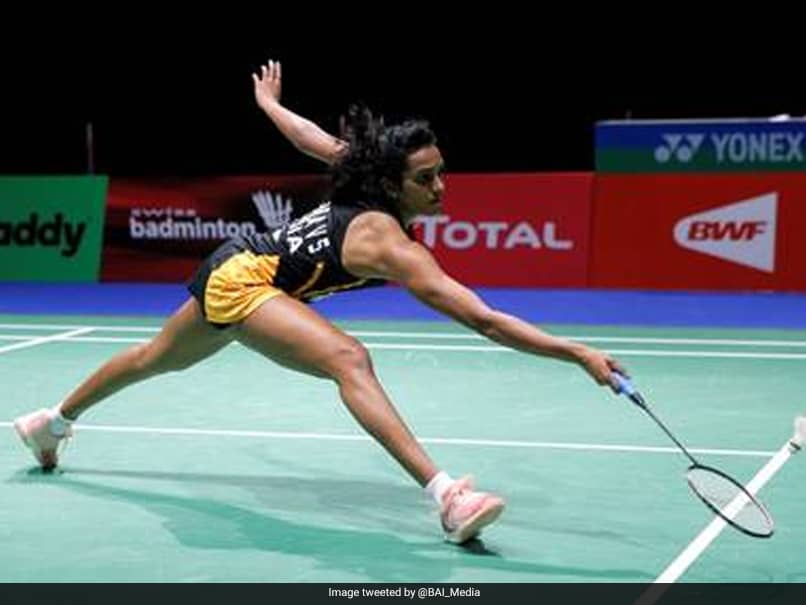 PV Sindhu end her campaign on a positive note at the BWF World Tour Final.© Twitter

Already out of reckoning, India's PV Sindhu recorded a consolation win over China's He Bingjiao in the third Group A match to end her campaign on a positive note at the year-ending BWF World Tour Final on Friday. Sindhu, whose title defence lay in tatters after her second successive loss on Thursday, scripted an incredible turnaround after being 9-18 down in the opening game to eventually outwit Bingjiao 21-19 21-19 and finish third in the group.

The Indian struggled with her precision initially, allowing Bingjiao to lead 7-3 at one stage in the opening game.

The left-handed Chinese cruised to a 11-6 advantage at the break with the Indian misjudging a shuttle.

Sindhu failed to reign in her errors even after the break, hitting the shuttle wide and long as Bingjiao jumped to a 18-9 lead. However, the Indian affected a massive recovery, rattling off nine straight points to draw parity at 18-18.

Bingjiao managed to break the run of points before a deceptive return to serve took Sindhu to 19-19.

The Indian then gathered the remaining two points to edge past Bingjiao in the opening game.

Sindhu carried her momentum in the second game, opening up a 7-3 lead initially and then moving to 11-6 advantage at the interval. Bingjiao punished the two weak returns from Sindhu but then started committing unforced errors as the Indian lead 15-10.

The Chinese soon narrowed the gap to 16-18 before Sindhu won a point after a gruelling rally. A good judgement at the backline earned Sindhu three match points.

Bingjiao saved two before Sindhu sealed it with a smash on the third. Sindhu will be next seen in the Premier Badminton League.