BWF Extends Qualification Period For Tokyo Olympics 2020 Till Next Year

Badminton World Federation said an extended qualification period for the Tokyo Olympics will be introduced next year and ranking points earned at tournaments during the original qualification phase will be maintained. 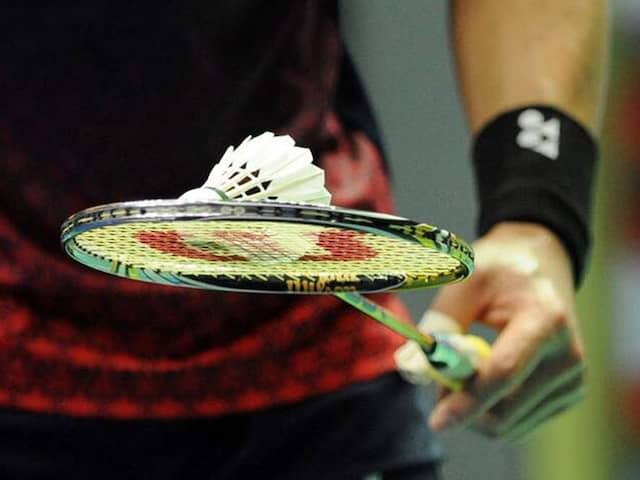 BWF had suspended all tournaments after the All England Championships in March.© AFP

An extended qualification period for the Tokyo Olympics will be introduced next year and ranking points earned at tournaments during the original qualification phase will be maintained, the Badminton World Federation (BWF) said on Wednesday. With the COVID-19 pandemic disrupting the international calendar, the BWF was unable to complete the last six weeks of its one-year qualifying period, which ended on April 28. But with the Tokyo Games postponed due to the global health crisis, the governing body of badminton has decided to extend the Olympic qualification period to next year.

"An extended Olympic qualification period will be introduced from Week 1-17 in 2021 and includes the select number of tournaments that were postponed, cancelled or suspended due to COVID-19," the BWF said in a release.

"These eligible tournaments within the new qualifying period must be completed by Week 17 in 2021."

The BWF also said that the postponed Olympic qualifiers are likely to be held in the same week next year as originally planned in 2020. "Such eligible tournaments within this new qualifying period should preferably take place in the same corresponding week from 2020 to 2021". "If this is not possible, the BWF will allow sanctioning another date within Week 1-17 in 2021 subject to approval."

The BWF also said that the ranking points gathered by players in the completed tournaments during the qualification phase which was between April 29, 2019, to April 26, 2020, will be maintained.

"All ranking points earned at tournaments completed during the original Olympic qualification period will be maintained under the Race to Tokyo ranking list," the world body said.

The BWF had earlier frozen the world rankings, making the standings on March 17 the basis for entry and seedings when it restarts the international calendar.

The governing body had last week unveiled a revised calendar for the remainder of 2020 to salvage the disruption-hit season.

However, the BWF made it clear that those tournaments won't be included in the Olympic qualification.

"Tournaments rescheduled for the end of 2020 outlined in the revamped BWF Tournament Calendar 2020 released last week will not count towards qualification. Only the 2021 editions of each tournament," it said.

"It has been a thorough process with the close and valuable consultation of the Athletes'' Commission to consider how best to make adjustments to the Olympic and Paralympic qualification system," BWF secretary general Thomas Lund said.

"We feel this is a fair solution for all athletes and it will be our first and main priority to conduct these tournaments as part of badminton and Para badminton's adjusted return in the wake of COVID-19.

"Although we aim to resume international tournaments towards the end of 2020, we have chosen to resume the Olympic and Paralympic qualification process only in 2021 to ensure that travel restrictions and other related impacts of COVID-19 are limited," he added.

The governing body also decided to maintain the ranking points earned during the original Paralympic qualification period and conduct Spanish Para-Badminton International, the only paralympic qualifier to be cancelled due to the coronavirus outbreak, within a period from January 1 to March 28 next year.

"Only one tournament within the original Paralympic qualification period was cancelled due to COVID-19 - the Spanish Para-Badminton International 2020. It has now been included in the adjusted qualification system within a period from 1 January to 28 March 2021," it said.

The BWF said it "is still working on the exact model for the unfreezing of all world rankings in a staggered way to avoid any extreme drop off of points that would affect the ranking structure."

The international body had earlier suspended all tournaments after the All England Championships in March till July due to the contagious disease, which has so far claimed more than 3.5 lakh lives globally.