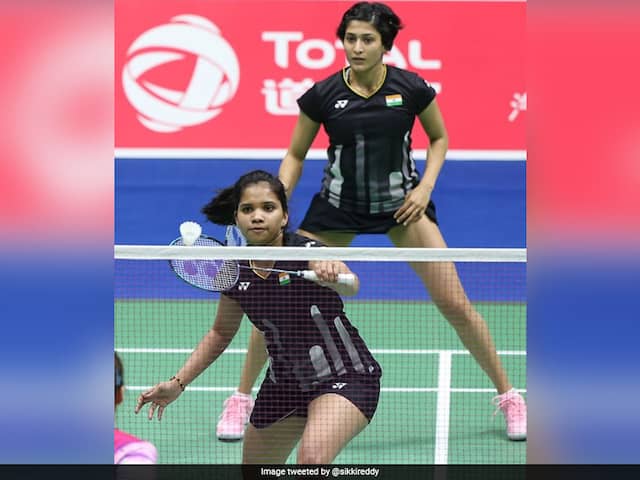 N SIkki Reddy was part of the national camp for Olympic hopefuls.© Twitter

Shuttler N Sikki Reddy and physiotherapist Kiran C have tested positive for COVID-19 at the ongoing national camp, forcing the closure of the Pullela Gopichand Badminton Academy in Hyderabad for sanitisation, the Sports Authority of India (SAI) said on Thursday. Women's doubles specialist Sikki and Kiran, who have been attending the national camp at the academy, are both asymptomatic, according to a SAI statement. They had undergone the SAI's mandatory COVID-19 test for players, coaches and support staff before the start of training on August 7 at the facility.

"All necessary precautions as per protocol are being taken so that players can come back for training safely and as soon as possible."

Both Sikki and Kiran are from Hyderabad and have been attending the camp from their homes.

The academy has been closed down for sanitisation and all primary contacts of Sikki and Kiran are undergoing the RT-PCR test again.

The badminton camp was allowed by SAI for eight Olympic hopefuls, including Rio Games silver-medallist and world champion PV Sindhu, following the approval from the Telangana government on August 1.

Six Indian men's hockey team players, including skipper Manpreet Singh, had recently tested positive for COVID-19 and are currently undergoing treatment at a hospital in Bengaluru.