In the men's singles category, Srikanth, who held the World No. 1 ranking for a week sealed the quarters berth in just four minutes when his opponent Vincent retired at 7-2 in the first game. 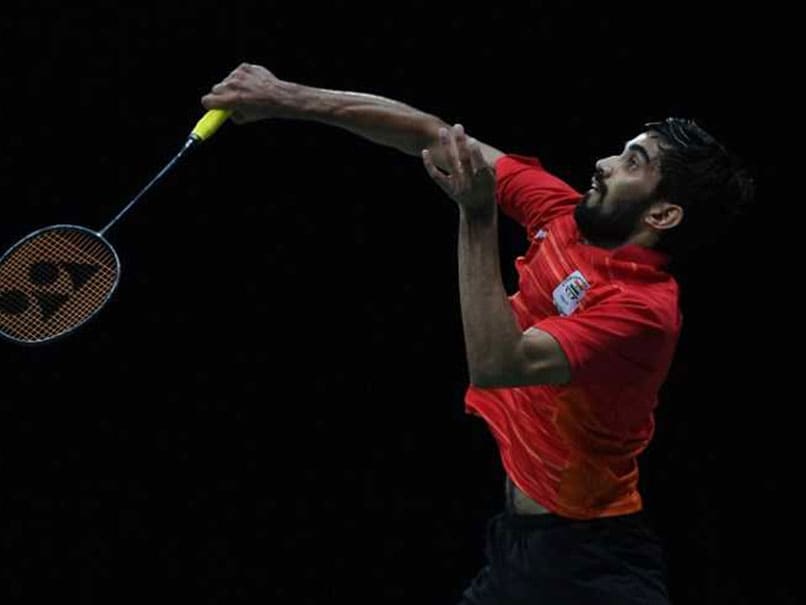 It was a good day for India's singles players as P.V. Sindhu, Kidambi Srikanth, Saina Nehwal and H.S. Prannoy entered the quarter-finals of the Badminton Asia Championships at the Wuhan Sports Centre here on Thursday. Apart from doubles players, the disappointment of day in singles category was B. Sai Praneeth. Praneeth bowed out of the meet, losing the second round men's singles match to third seed Chen Long of China. While Sindhu outplayed Chen Xiaoxin of China 21-12, 21-15 Srikanth got better of Hong Kong's Wong Wing Ki Vincent, who was retired at 7-2 in the first game. Saina and Prannoy defeated Gao Fangjie and Wang Tzu Wei respectively to advance.

In the men's singles category, Srikanth, who held the World No. 1 ranking for a week sealed the quarters berth in just four minutes when his opponent Vincent retired at 7-2 in the first game.

After going down in the the first game, Prannoy displayed some quality badminton to register a win.

Fangjie showed some character in the first game but the Gold Coast Commonwealth Games gold medallist Saina proved superior at the end and thus closed the issue 21-18, 21-8 in her favour. The Hyderabadi shuttler will now face Lee Jang Mi.

Sindhu, on the other hand, hardly broke the sweat against Xiaoxin as the World No. 3 wrapped up the issue in just 44 minutes. She will now lock horns with World No. 9 Sung Ji Hyun of South Korea.

Comments
Topics mentioned in this article
Saina Nehwal Kidambi Srikanth PV Sindhu Badminton
Get the latest updates on ICC T20 Worldcup 2022, check out the Schedule and Live Score. Like us on Facebook or follow us on Twitter for more sports updates. You can also download the NDTV Cricket app for Android or iOS.