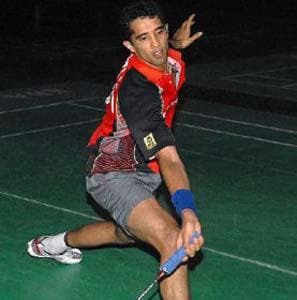 It was a taxing day for Bhat as he had to play two matches on the day. The first match however was a close encounter where he notched up a come-from-behind victory over Hsu Jui Ting of Chinese Taipei to move into the third round of the men's singles competition in Dutch Open in Almere, The Netherlands.

The 15th seed former national champion lost the first game 22-24 in a close fight despite starting off well. However, that did not deter the 34-year-old Indian as he quickly made amends to his game and bagged the next one 21-13.

Bhat, who got a first round bye, followed it up with a 21-19 scoreline in the final game, to clinch the second round tie that lasted little over an hour.

He will take on Gabriel Ulldahl of Sweden later in the day.

Comments
Topics mentioned in this article
Badminton Football
Get the latest updates on ICC T20 Worldcup 2022 and CWG 2022 check out the Schedule, Live Score and Medals Tally. Like us on Facebook or follow us on Twitter for more sports updates. You can also download the NDTV Cricket app for Android or iOS.