India mixed doubles pair of Satwiksairaj Rankireddy and Ashwini Ponappa on Thursday crashed out of the ongoing All England Open after losing to Japanese pair of Yuki Kaneko and Misaki Matsutomo. 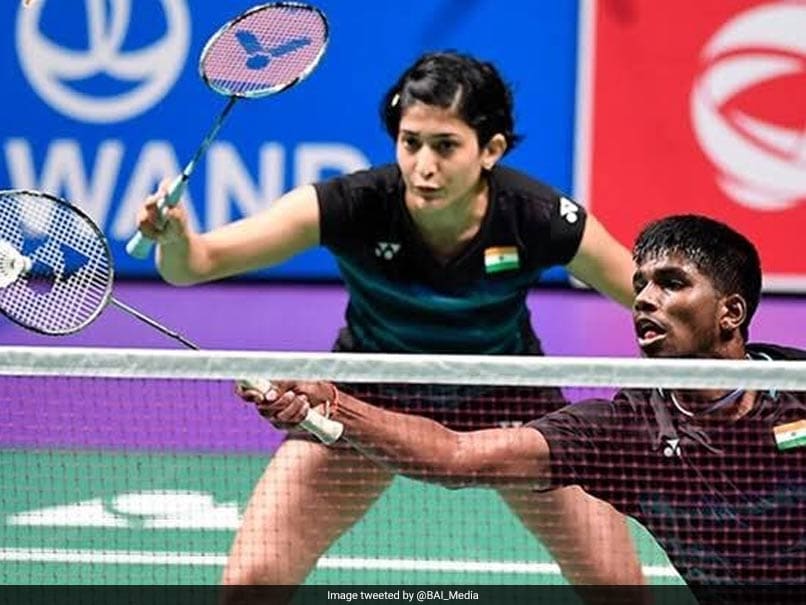 India mixed doubles pair of Satwiksairaj Rankireddy and Ashwini Ponappa on Thursday crashed out of the ongoing All England Open. The duo was defeated by Japan's Yuki Kaneko and Misaki Matsutomo 21-19, 21-9 in the second round. The match proved to be a one-sided affair as the Japanese duo triumphed over the Indian duo in just 35 minutes. On Wednesday, Lakshya Sen knocked out Kantaphon Wangcharoen of Thailand. Lakshya defeated Kantaphon in the first round in two straight sets (21-18, 21-12).

However, ace Indian shuttler Saina Nehwal exited the event after retiring hurt in the first round match (21-8, 10-4) against Danish badminton player Mia Blichfeldt.

For Prannoy it was an easy victory as he defeated Malaysian badminton player Liew Daren in two straight games 21-10, 21-10 while Sameer had to toil hard for his win as Ygor Coelho from Brazil gave him a tough fight.

Earlier, ace India badminton player PV Sindhu cruised to the second round of the All England Open with a win over Malaysia's Soniia Cheah. Sindhu overcame the first-round challenge as she won 21-11, 21-17 in 39 minutes.

Also, the Indian men's doubles pair of Chirag Shetty and Satwiksairaj Rankirerddy progressed to the second round of the showpiece event.

Comments
Topics mentioned in this article
Ashwini Ponnappa Badminton
Get the latest updates on ICC Women's Cricket World Cup 2022 and IPL 2022, check out the Schedule , Live Score and IPL Points Table. Like us on Facebook or follow us on Twitter for more sports updates. You can also download the NDTV Cricket app for Android or iOS.