A World Championships Bronze After Recovering From Injury Is Special: Saina Nehwal

Recalling the strenuous process of recovery post the surgery, Saina said she could get back into international badminton due to the support of her physios and coach Vimal Kumar. 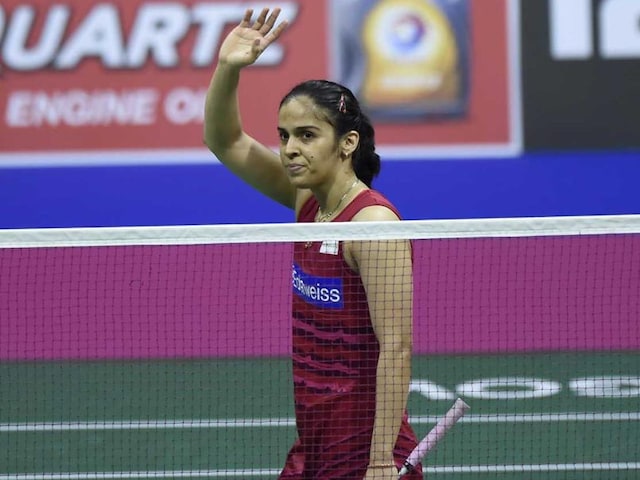 Saina Nehwal finished with a bronze medal at the 2017 World Badminton Championships.© AFP

Ace Indian shuttler Saina Nehwal on Thursday said winning the bronze medal in the World Championship at Glasgow was special as it came after her recovery from a career-threatening knee injury. "It is wonderful to win a medal. It (winning a medal) becomes prestigious in World Championship or Olympics. I am lucky to have won a silver in 2015 and a bronze in 2017," Saina told PTI in an interview. "I liked the medal (more) as it came after I met with a career-threatening injury," added the 27-year-old, who had to undergo a knee surgery after crashing out of the Rio Olympics early do to a serious injury.

Recalling the strenuous process of recovery post the surgery, Saina said she could get back into international badminton due to the support of her physios and coach Vimal Kumar.

"(In September last year) after major ortho surgery for a week, physios Chandan Poddar and Arvind Nigam helped me; then my coach Vimal sir helped me slowly to come to the position where I am," she said.

Despite not being fully fit, Saina tried to defend her title at China Open but she lost in the first round in November last yesterday.

"I played tournament in November in China and lost in the first round. But soon I recovered well and played Macau Open and Hong Kong Open a week later and reached QF (Quarter Finals) of both the tournaments.

"I won Malaysia Open Gold and and reached quarterfinals at India open, Indonesia open and Australia open and now this medal in World Championship, it is quite satisfying," she said.

Saina said she was confident of winning a medal at Glasgow as she had better records against World No. 3 Sung Ji Hyun, Scotland's Kristy Gilmour and also Japan's Nozomi Okuhara, who finally won the Gold medal.

The Indian said she could have defeated Okuhara in the semifinals had the matches been scheduled properly.

"I was sure to win a medal at Glasgow, I defeated Sung and my record is 7-2, I defeated Kristy in quarters, a young player from host country, and the win was satisfying.

"I lost to Okuhara but I was sure to win over her in this tournament. But I lost in three sets because of less rest between two matches. Still I am happy that I won a medal," she said.

"If scheduling is done properly, the player who played a big match in the late previous evening, might get some rest. I hope I will work on this issue in future too," she said.

Talking about her future events, Saina said: "I may miss Korea open and may play Japan open."

"I do agree. If we see duration wise, the time spent in three sets is much more as compared to earlier times. My match lasted for 74 minutes, which is tiring. This is seen in all matches," she said.