India vs Australia: Virat Kohli was full of praise for Shardul Thakur and Washington Sundar as they put on a batting masterclass at the Gabba in the ongoing fourth Test against Australia. 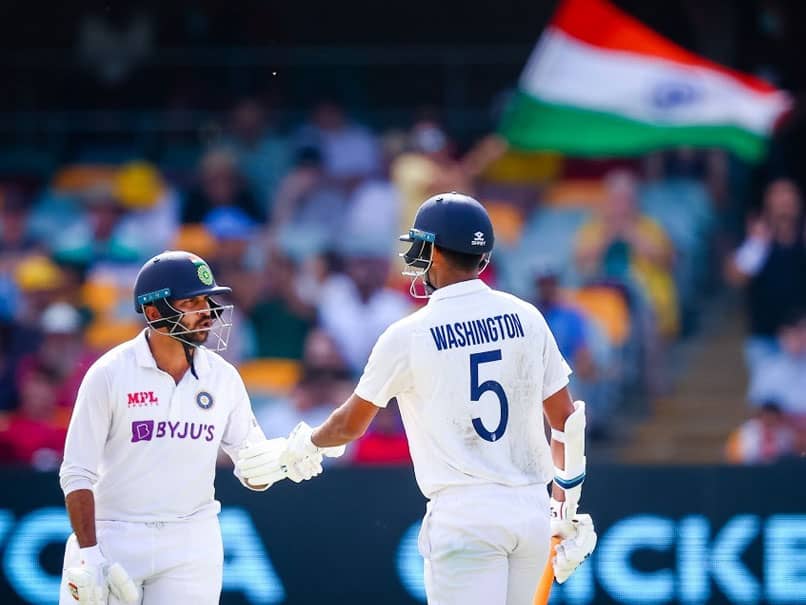 Virat Kohli took to Twitter on Sunday to applaud the batting effort put in by Washington Sundar and Shardul Thakur that bailed India out of a tricky situation in the ongoing fourth Test match against Australia at the Gabba in Brisbane. Sundar and Thakur put on 123 runs -- the highest seventh wicket partnership in Test cricket for India at the Gabba. Kohli hailed the application and belief which was on display by Sundar and Thakur and had some words in Marathi for the Mumbai pacer.

Outstanding application and belief by @Sundarwashi5 and @imShard. This is what test cricket is all about. Washy top composure on debut and tula parat maanla re Thakur!

"Outstanding application and belief by @Sundarwashi5 and  @imShard . This is what test cricket is all about. Washy top composure on debut and tula parat maanla re Thakur," Kohli tweeted.

India, in reply to Australia's first innings total of 369, were in trouble at one stage at 186 for six.

Thakur and Sundar rescued India and played their shots as the Australian bowlers were smashed to all parts of the ground.

Thakur smashed nine boundaries and a couple of sixes in his knock of 67. He was also the top run-scorer for India in the first innings.

Sundar, on his Test debut, also smashed a six and hit seven boundaries en route to his maiden half-century.

Thanks to the batting heroics of India's lower middle-order, the visitors managed to bring down the deficit to just 33 runs.