Virender Sehwag praised youngster Shubman Gill and said he looks like the real deal after the latter brought up his maiden Test half-century on Friday. 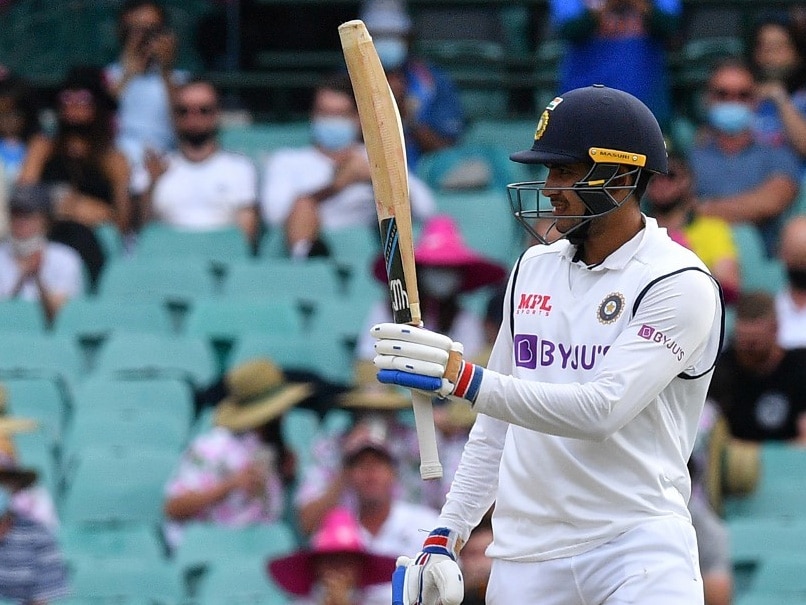 Shubman Gill brought up his maiden Test half-century at the Sydney Cricket Ground on Friday.© AFP

With Shubman Gillshowcasing his talent by scoring his maiden Test fifty against Australia, former India opener Virender Sehwag praised his performance and said that the youngster "looks the real deal". Gill along with Rohit Sharma stitched India's first 50-run opening stand after 14 innings on Friday during the third Test against Australia at the Sydney Cricket Ground. All-rounder Ravindra Jadejaalso performed brilliantly as he picked four wickets and effected a brilliant run out of Steve Smith as India bundled Australia out for 338.

Excellent performance by Jadeja with the ball and in the field with taht brilliant runout. Shubman Gill looks the real deal. Excellent composure and loved his backfoot play. But really enjoyed this fun moment , courtesy Bumrah pic.twitter.com/7Ts7vhbZzW

Hailing the players' performance, Sehwag tweeted: "Excellent performance by Jadeja with the ball and in the field with that brilliant runout. Shubman Gill looks the real deal. Excellent composure and loved his backfoot play. But really enjoyed this fun moment, courtesy Bumrah."

At stumps on the second day, India's score read 96/2 -- trailing Australia by 242 runs with eight wickets in the bag -- with stand-in skipper Ajinkya Rahane (5) and Cheteshwar Pujara (9) at the crease.

The two Indian wickets in form of Rohit and Gill in the final 90 minutes of play on day two tipped the scale slightly in favour of the hosts. Although Australia looked to roar back into the game, Rahane and Pujara ensured that the hosts didn't make any further inroads.

Jadeja also heaped praise on Gill saying that the latter is "technically very sound" and has the temperament to play long innings.

"I think, he is technically very sound. He has the temperament to play long innings. It's good that he got a start today, the 70-run opening partnership with Rohit. It's a good sign for India and hope he comes good in the second innings as well," Jadeja had told the media during the virtual press conference at the end of the second day's action at the SCG.

Virender Sehwag Shubman Gill Australia vs India 2020-21 Cricket
Get the latest updates on Fifa Worldcup 2022 and check out  Fifa World Cup Schedule, Stats and Live Cricket Score. Like us on Facebook or follow us on Twitter for more sports updates. You can also download the NDTV Cricket app for Android or iOS.