India vs Australia: At 34, David Warner insisted that going forward he would prefer playing more T20 matches, especially with two ICC World T20 events lined up in the next two years. 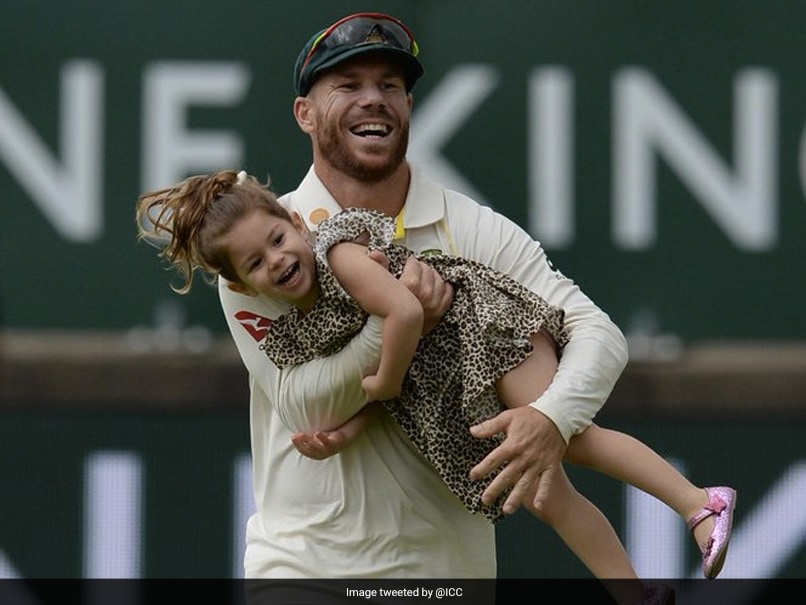 Australian opener David Warner on Monday admitted that playing cricket while living inside bio-bubbles in the times of COVID-19 pandemic has taken a toll on his family life, and said his primary target now is to represent his country in the next two T20 World Cups. Accepting that the last six months were pretty tough for an international cricketer, Warner refused to commit on the number of series he was targeting to play for Australia in the next 12 months. "...it's going to be very difficult to be able to do that. This last six months has been quite challenging in itself, getting used to these bubbles and trying to get used to not having family with me," he said.

"They're things that each player has different circumstances. The next 12 months is very difficult when you look at the calendar, there's going to be definitely times where you can come home and have time with your family. We're just not going to get that time to see our family and the back end of being here 14 days inside a hotel, add three kids and a wife into here, it's going to be very difficult.

"I wouldn't ever put them in that situation where they have to do 14 days quarantine at home," Warner said in a virtual press conference facilitated by the upcoming India-Australia series' official broadcaster, Sony.

At 34, Warner insisted that going forward he would prefer playing more T20 matches, especially with two ICC World T20 events lined up in the next two years. ICC men's World T20 will be held in consecutive years after the world body was forced to reschedule this year's tournament in Australia to 2022.

India, meanwhile, are scheduled to host the event in 2021.

"That's something that we have identified as players and coaching staff already. I think you look at our one-day and T20 team, what we are picking is pretty relevant to what we're going to face with the next couple of World Cups. If we're going to take time off, it will be between those series. Obviously the preference is playing those World Cups," Warner said.

"Given that there's a T20 World Cup coming up in India, the preference will be the T20 stuff first. But obviously you've got that next T20 World Cup as well in Australia. So, there's a lot of T20 stuff over the next couple of years along with gearing up for that 50-over World Cup in 2023," he added.

Warner also ruled out playing in the Big Bash League again until he retires from international cricket. "It's difficult for us players to play all three forms even if there is a window. You have got to have that break because you are going full tilt into summer as well. There is not an off-season for us," he said.

"You are playing overseas then coming into the (home) summer, then you have got to play Big Bash, then you play more Tests or an ODI series, then go away. For us, it's finding that time to actually have time off.

"For myself, I have three kids at home and a wife that I owe my time to as well. So playing all three forms, that's very difficult to do that. I don't think I will play while I am playing for Australia still. That's honestly speaking," said Warner, who only had two stints in the BBL and has not played in his home tournament since 2013-14.

David Warner Australia vs India 2020-21 Cricket
Get the latest updates on ICC T20 Worldcup 2022, check out the Schedule and Live Score. Like us on Facebook or follow us on Twitter for more sports updates. You can also download the NDTV Cricket app for Android or iOS.