Australia vs India: "Until Next Time," Says Hanuma Vihari As He Leaves For India

India vs Australia: Hanuma Vihari sustained a hamstring injury in the third Test in Sydney and left Australian shores for India on Friday. 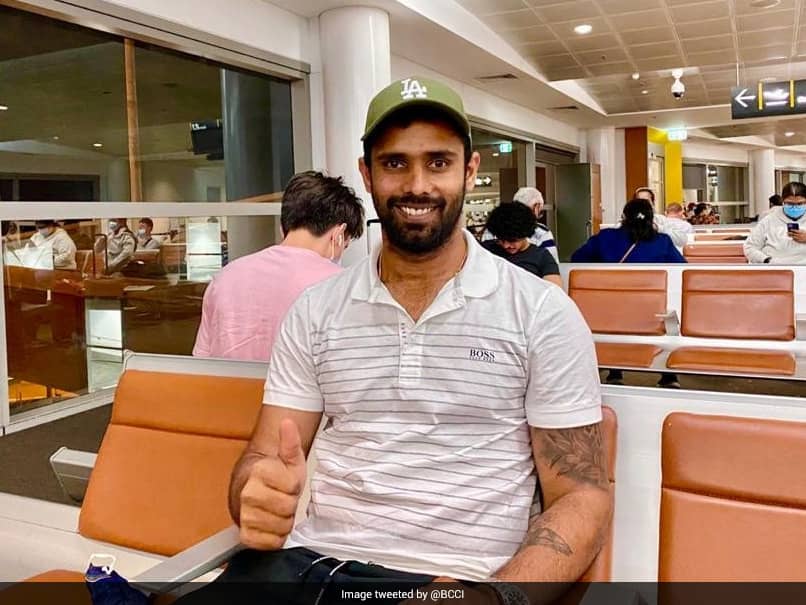 India batsman and third Test hero Hanuma Vihari, who was ruled out of the series decider after suffering a Grade 2 tear on his hamstring, left Australian shores on Friday. Vihari, who was going through a lean patch in the ongoing Test series against Australia, went on to show grit and fight as he batted for 161 balls and combined with Ravichandran Ashwin for two-and-a-half hours to deny Australia a win in the third Test at the Sydney Cricket Ground. The right-handed batsman on Friday shared a picture before departing from Australia. In the picture, Vihari can be seen smiling while sporting a T-shirt and green cap. "Until next time Australia," Vihari tweeted.

The BCCI bade farewell to the cricketer and tweeted: "He was battling pain and discomfort but never let his resolve deter even momentarily on the momentous Day 5 in the SCG Test. Today, he heads back to India. Wish you a speedy recovery @Hanumavihari."

He was battling pain and discomfort but never let his resolve deter even momentarily on the momentous Day 5 in the SCG Test. Today, he heads back to India.

After the conclusion of the third Test, it was revealed that he batted with a Grade 2 tear to script the Sydney draw.

Speaking to ANI, sources in the team management revealed that the scan reports were in and Vihari had a Grade 2 tear which not only ruled him out of the final game, but also puts him in doubt for the initial stage of the England series.

It generally takes 3 to 6 weeks to completely recover from a Grade 2 tear.

"His scan reports are in and he has a Grade 2 tear which means the boy batted for around 3 hours with searing pain. He deserves praise for standing there and holding fort like a true champion," the source had said.

Meanwhile, for the fourth Test, India made four changes to their side. Ravichandran Ashwin, Ravindra Jadeja, Vihari, and Jasprit Bumrah all missed the final game of the tour due to injuries.

Tamil Nadu duo of spinner Sundar and pacer Natarajan made their Test debuts.

In the match, Natarajan picked the crucial wickets of centurion Marnus Labuschagne and Matthew Wade to keep the visitors in the game after Labuschagne roared back to form with his fifth Test hundred on Friday.

Building on the knock from Labuschagne (108), the duo stitched an unbeaten 61-run stand to help the hosts end the day with the honours.

Australia Cricket Team Hanuma Vihari Australia vs India 2020-21 Cricket
Get the latest updates on India vs England Series, India vs England , live score and IPL 2021 Auction . Like us on Facebook or follow us on Twitter for more sports updates. You can also download the NDTV Cricket app for Android or iOS.