Australia vs India: Sunil Gavaskar said that players are required to stay in a bubble but the spectators are allowed in the stands despite the curbs on mass gathering at public places. 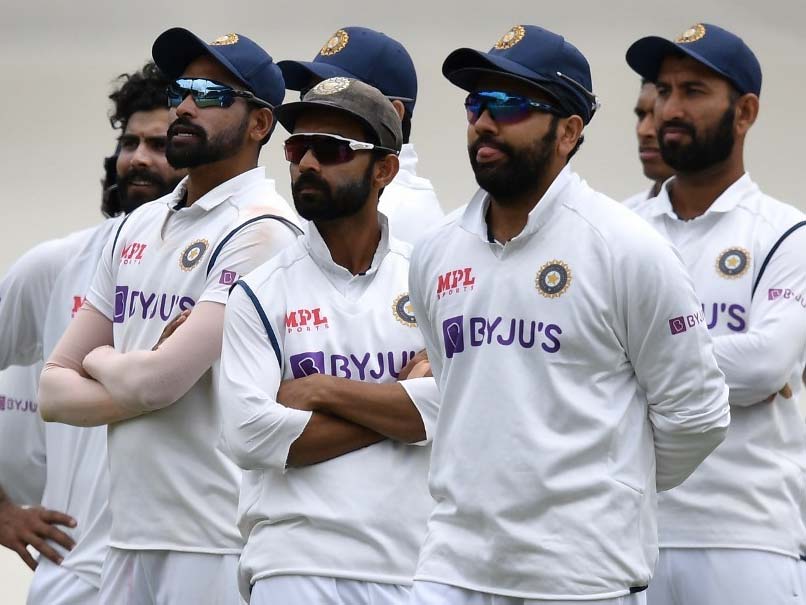 AUS vs IND: Ajinkya Rahane, Rohit Sharma and others await a review decision on the big screen.© AFP

Amid concerns over the fourth Test at Gabba in Brisbane due to mandatory quarantine and tighter bio-security restrictions, former India skipper Sunil Gavaskar said that the Indian cricketing board is fully committed to protecting its team. Gavaskar mentioned that players are required to stay in a bubble but the crowds are allowed in the stands despite the curbs on mass gathering at public places.

A full crowd of 36,000 per day had been permitted for the final Test. The health scare in the city, however, has left those attendance caps in jeopardy.

A hotel quarantine worker's positive test to the more contagious UK strain of COVID-19 is the latest spanner in the works for CA's hopes to close out the Border-Gavaskar Trophy series at the Gabba, the Sydney Morning Herald reported.

"In Sydney, there are people coming to the ground and then going back and having dinner at a restaurant or having a gathering of 20, 30 people in a pub," Gavaskar said in commentary for Channel Seven on Friday.

Earlier, Queensland's Health Shadow Minister Ros Bates' comments regarding quarantine guidelines for the fourth Test in Brisbane did not go down too well with the Board of Control for Cricket in India (BCCI) as it felt that the team's image was shown in poor light.

Disappointed by the turn of events, the BCCI is rethinking if it should turn the four-Test series into a three-game contest and end it with the Pink Test at the Sydney Cricket Ground (SCG).

Speaking to ANI, a BCCI official in the know of developments over the last few days had said that the comments from Bates were uncalled for and should have been avoided as the Indian board has looked to stand united with Cricket Australia and ensure that the tour goes ahead without any hurdles.

The official said if a public representative does not want the team to go and play, that is hurtful. Pointing at Rohit Sharma undergoing a 14-day quarantine after landing in Sydney, the official said propagating a view that the Indian team does not wish to follow rules is sad.

With questions raised on whether the Indian team would be willing to follow strict quarantine protocols for the final Test of the series at The Gabba, Bates said: "If the Indians don't want to play by the rules, don't come."

"We all are prepared, we want to play some good cricket, quarantine life is a challenge, outside life in Sydney is normal but players are stuck to their rooms. But that is okay, we are prepared for any kind of situation, starting from tomorrow, we are focused on playing some good cricket," added Rahane.

Brisbane Cricket Ground (Woolloongabba), Brisbane Australia vs India 2020-21 Cricket
Get the latest updates on Olympics 2020, Olympics 2020 Medal Tally , Live Cricket Score . Like us on Facebook or follow us on Twitter for more sports updates. You can also download the NDTV Cricket app for Android or iOS.